Israel Government’s Testing Program Up in the Air
CoronavirusIsrael 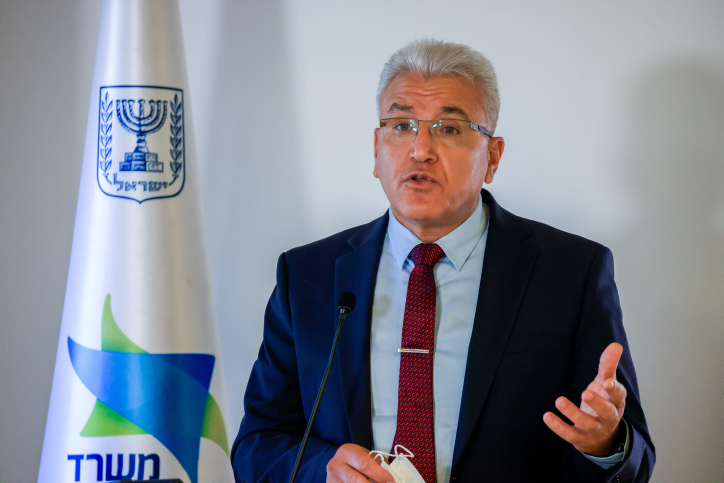 Coronavirus commissioner Prof. Salman Zarka admitted on Monday that some of the rapid antigen tests on the market are more accurate than others, and indicated that yet another policy change was in the offing.

Zarka’s comment came after Channel 12 News reported that the Infectious Diseases Research Laboratory at Sheba Medical Center had determined that of the six home test antigen kits being sold in Israel, two of them— BD and Standard—are ten times less likely to identify an Omicron carrier than the others.

Although the Healthy Minister has the lab report, Zarka would only say that in an unfinished assessment “we saw differences between the kits.”

He said that “we are committed to not present the details in the media but to the [manufacturing] companies” and then hear their response.

Zarka said that neither of the two kits in question are being used at antigen testing stations, since the stocks have run out.

On Sunday, there was a run on home kits of all brands.

Prime Minister Naftali Bennett, who went on Twitter to appeal for “patience” while the government tries to put its covid affairs in order, is reportedly seeking to bring in 50 million tests within 10 days, enough for every citizen five times over, Channel 12 news reported.

However, ministry officials were quoted as saying that a more realistic goal would be 15 million in that time frame. At a meeting Monday, the Defense Ministry offered its resources to obtain the necessary kits, including backchannels and planes flying from various destinations, according to the report.

Zarka told the conference that the government was also planning to add 40 new testing centers, bringing the total nationwide up to 300.

Meanwhile, a Channel 12 poll quantified the widespread dissatisfaction with the government’s handling of the pandemic.

Nearly two-thirds of the public is displeased, according to the poll. Sixty-three percent of the Israeli public said it views the government’s handling of the omicron crisis as bad, as opposed to 34% who said they thought the crisis was being managed well. That’s compared to a 54% disapproval rating in August.