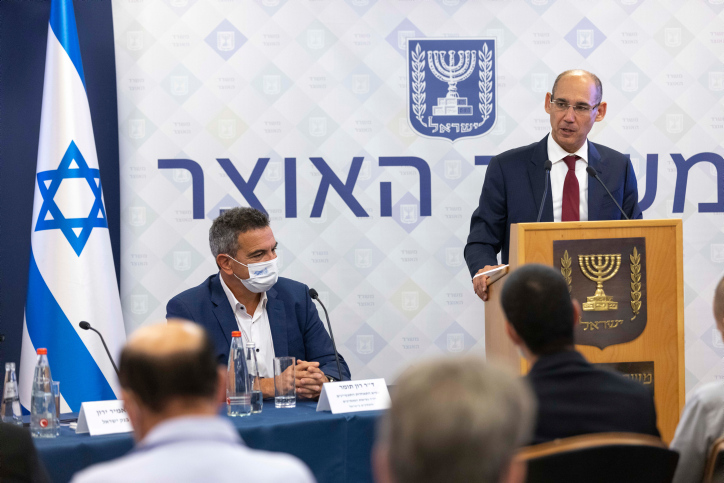 Israel’s state budget deficit in 2021 of NIS 68.7 billion, or 4.5% of GDP, was significantly lower than the 6.8% deficit that had been projected for 2021 and still better than the revised forecast of 5.5% two and a half months ago, the Ministry of Finance Accountant General reported on Monday.

Total tax revenues in 2021 amounted to NIS 384 billion with large rises in the collection of real estate taxes, capital gains, and income tax and VAT. Government expenditure fell in the second half of the year, after the government ended its unpaid leave program. The Israeli government had to pay NIS 41 billion last year just on interest on the national debt.

The omicron outbreak has not been reflected in the latest figures, but its effect is expected to show up in the January data.

Yaron said that the estimate is based on decreased consumption and from employees quarantining or sick with the virus.

“Most estimates are of a relatively short wave — a number of weeks — that is why the cost to the economy per confirmed coronavirus case is not of macro-economic proportions. In such a scenario, pinpoint compensations focused on sectors that have been hurt should be continued,” Yaron added, according to a translation by Reuters.