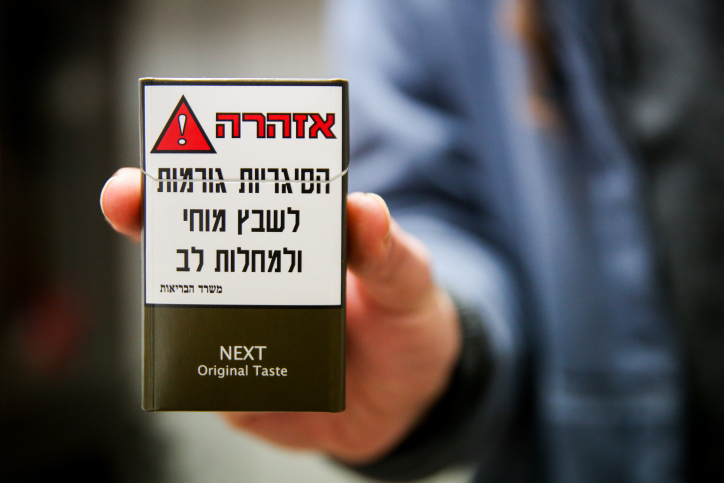 “I would rather make smoking completely illegal in Israel, but if that cannot be done yet, this can,” Knesset Health Committee chairwoman Idit Silman (Yamina) said on Monday as she announced a bundle of new anti-smoking measures, The Jerusalem Post reported.

Her proposed legislation will included raising the minimum age for buying cigarettes to 21, banning tobacco company lobbyists from the Knesset and requiring police to enforce current anti-smoking laws instead of local authorities. She will also hopes to change the legal status of open apartment balconies (mirpessot) to public places so that neighbors will not be subject to second-hand smoke.

In a committee hearing, Silman questioned Israel Police legal department representative Adi Tal as to why fines are given out for holding a phone while driving but not while holding a cigarette.

Tal explained that it is the responsibility of local authorities to enforce anti-smoking laws, not the police. Silman said she would see to it that that gets changed.

“This is why we have police,” she said. “It is not right that municipalities enforce laws preventing noise and not smoking.”

Dr. Efrat Alfalo, who heads the Health Ministry’s education department, said that 8,000 Israelis die annually from smoking, including 800 as a result of passive smoke. The rate of smoking in Israel is 20.1%.

Shas MK Moshe Abutbul said he sponsored a bill making it illegal to smoke in a car with a child. He said that when his wife was expecting their first child, she made him quit, according to the Post.