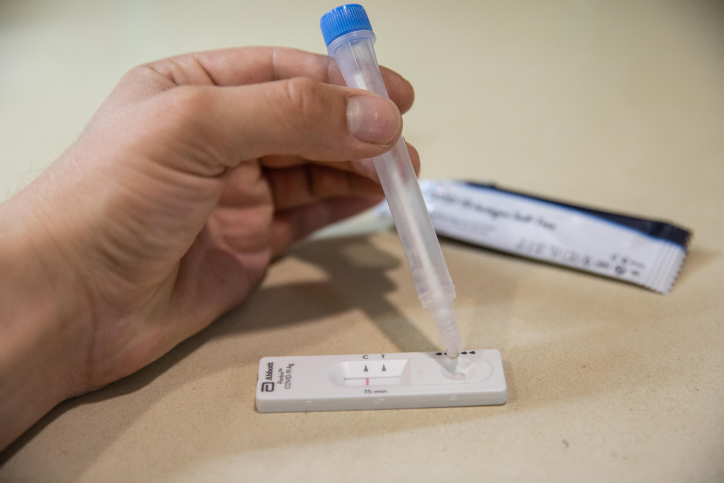 Israel registered around 32,000 new cases on Sunday, internal Health Ministry data showed on Monday, with over 21,500 virus carriers identified among those who underwent a PCR test and another 10,000 who took an antigen test.

Until last Friday, those who tested positive with an antigen test needed to take a PCR to confirm the diagnosis, and were not counted among the infected until they did so. In light of the unprecedented infectiousness of the omicron wave, the authorities decided to reserve the more accurate PCR tests for people over 60 or at risk, and use antigen tests for the rest of the population, allowing a higher number of individuals to get checked every day.

Millions of Israelis are expected to get infected with the virus within a few weeks.

As of Monday morning, there were 224 serious coronavirus patients. A week earlier there was less than half. While the figure is still far from the hundreds of such patients Israel recorded in previous waves, the rapidness of the increase is causing alarm.

Also on Monday, the Coronavirus Cabinet approved the scrapping of the Green Pass mandate in shopping malls after retailers complained of challenges in enforcing the rule.

Last month, Israel expanded its stringent Green Pass restrictions to include shopping malls all around the country, in a bid to stem the rapid spread of the omicron variant. The Green Pass acts as a coronavirus vaccination or recovery certificate.

The ministers were supposed to vote on the proposal at the Cabinet meeting on Sunday, but it was postponed due to the opposition of some of the ministers. On Monday morning the new outline was approved via a telephone vote.

In accordance with the Cabinet’s decision, stores measuring more than 100 square meters will no longer be required to ask customers to present a Green Pass before entering; however, large stores will be obligated to have no more than one shopper per 15 square meters.

Stores considered “essential,” such as supermarkets and pharmacies, will be exempt from the restrictions on the number of customers per meter.