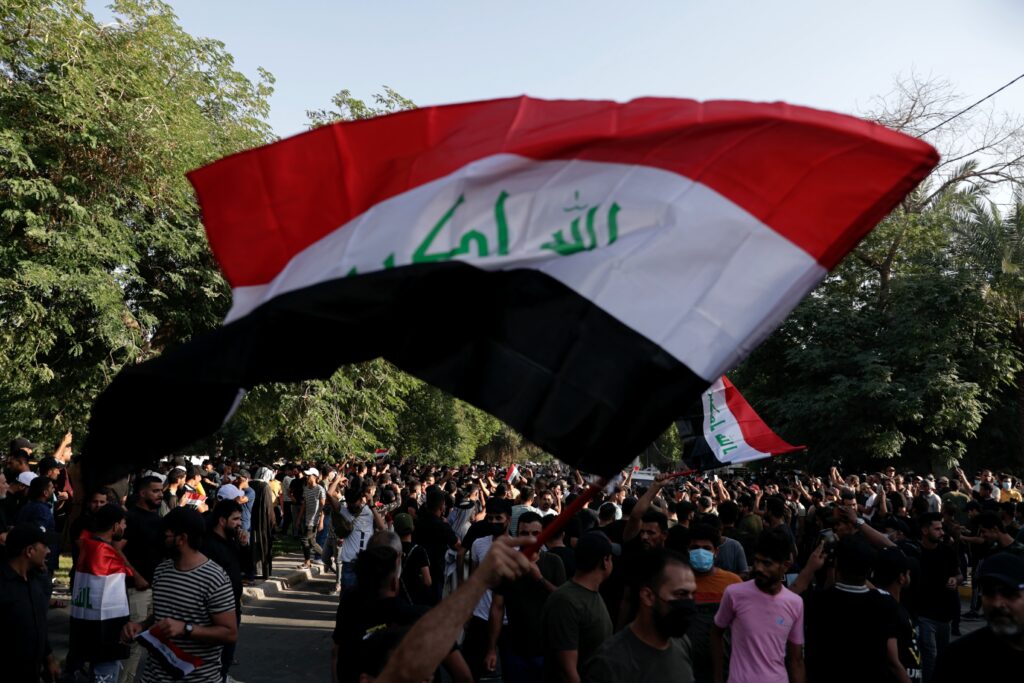 Iraq’s new parliament reelected its speaker for a second term Sunday, the first step toward forming a new government after a general election whose results have been contested by powerful Iran-backed factions.

In a reflection of tensions, the meeting was marked by disarray, with the eldest member of Parliament who was leading the session being evacuated to the hospital apparently due to the stress.

The chaotic meeting ushers in what is likely to be a lengthy period of political wrangling among rival groups to choose a new president and prime minister. As leader of the biggest bloc, Shiite cleric Muqtada al-Sadr — a maverick leader remembered for leading an insurgency against U.S. forces after the 2003 invasion — has the upper hand in forming a new government. But he will have to manage tensions with rival Shiite groups who continue to reject the election results and are demanding to have a say in the government formation process.

According to Iraq’s constitution, the largest bloc in Parliament has the right to choose the new prime minister. But as the meeting got underway Sunday, a coalition known as the Shiite Coordination Framework, an alliance of Shiite factions which object to the vote results, submitted a list of lawmakers’ names it claimed now hold the biggest parliamentary bloc with 88 seats, rather than al-Sadr.

Al-Halbousi, whose Sunni party came in second with 37 seats, is the former governor of Anbar province and was supported by al-Sadr, Kurdish and Sunni groups.

Earlier Sunday, lawmakers from al-Sadr’s bloc arrived early to the parliament building in Baghdad, donning white shrouds Muslims use to wrap their dead in a sign of their willingness to die for him. Al-Sadr, one of Iraq’s most influential political leaders, was the biggest winner in the Oct. 10 vote, securing 73 out of Parliament’s 329 seats.

Pro-Iran factions that alleged voter fraud lost around two-thirds of their seats — a significant blow. Supporters of armed groups pitched tents and staged a sit-in around the capital’s so-called Green Zone, which houses the Iraqi government and many foreign diplomatic missions, for more than two months, while they appealed to Iraq’s top court.

Tensions culminated in November with an assassination attempt with armed drones against Prime Minister Mustafa al-Kadhimi’s residence — an attack blamed on Iran-aligned groups. The premier was unharmed.

The Court rejected the appeal filed by Iran-backed factions and ratified the election results late last month, clearing the way for a government to be formed.

Lawmakers at Sunday’s session are expected to elect a parliamentary speaker and two deputies. Parliament will then have to elect a new president, who in turn will have 15 days to appoint a prime minister nominated by the largest bloc to form a new government.

Under an unofficial agreement dating back to the 2003 U.S.-led invasion, Iraq’s presidency — a largely ceremonial role — is held by a Kurd, while the prime minister is Shiite and the parliament speaker is Sunni.

The election was held months ahead of schedule in response to mass protests in late 2019, which saw tens of thousands in Baghdad and predominantly Shiite southern provinces rally against endemic corruption, poor services and unemployment. They also protested against the heavy-handed interference of neighboring Iran in Iraq’s affairs through Iran-backed militias.