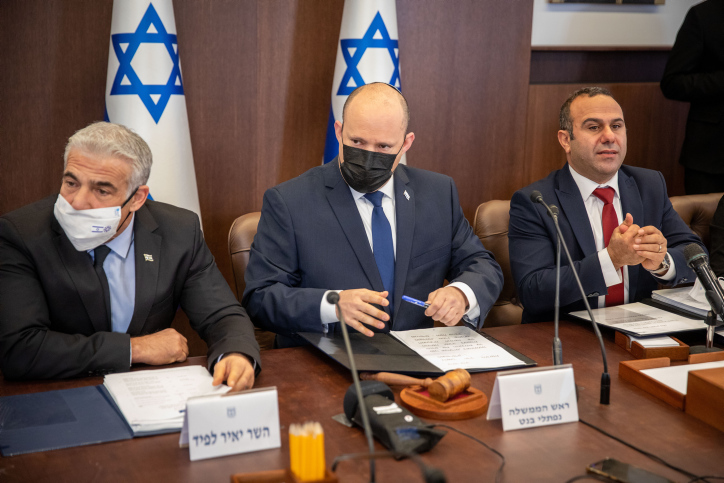 Amid widespread controversy and confusion, the Israeli Cabinet sought to update some of its coronavirus policies on Sunday, approving the following measures:

The above decisions will take effect at midnight between Monday and Tuesday, 10-11 January, pending approval by the Knesset Constitution, Law and Justice Committee.

This decision will take effect immediately, pending approval by the Knesset Economics Committee.

This decision will take effect immediately, pending approval by the Knesset Constitution, Law and Justice Committee.

However, a decision on whether to continue the Green Pass regulations was deferred to a telephone vote, probably later in the week.

The Green Pass — which shows proof of up-to-date vaccination or recovery from COVID-19 — at malls remains a matter of dispute among the ministers.

Some ministers oppose keeping the measure in place, in part due to its negative impact on businesses, while others believe it should remain in force for health reasons and to encourage vaccination.

Overall, Sunday’s cabinet meeting was marked by sharp disagreements over how to approach the fifth COVID wave as Omicron spreads around the country and new daily cases soar, The Times of Israel said.

The ministers are aware of public unease with their handling of the crisis. According to Ynet, Agriculture Minister Oded Forer suggested during the meeting that there is widespread “public distrust” in the government, and Welfare Minister Meir Cohen said “the public is not with us and there is a lot of confusion.”