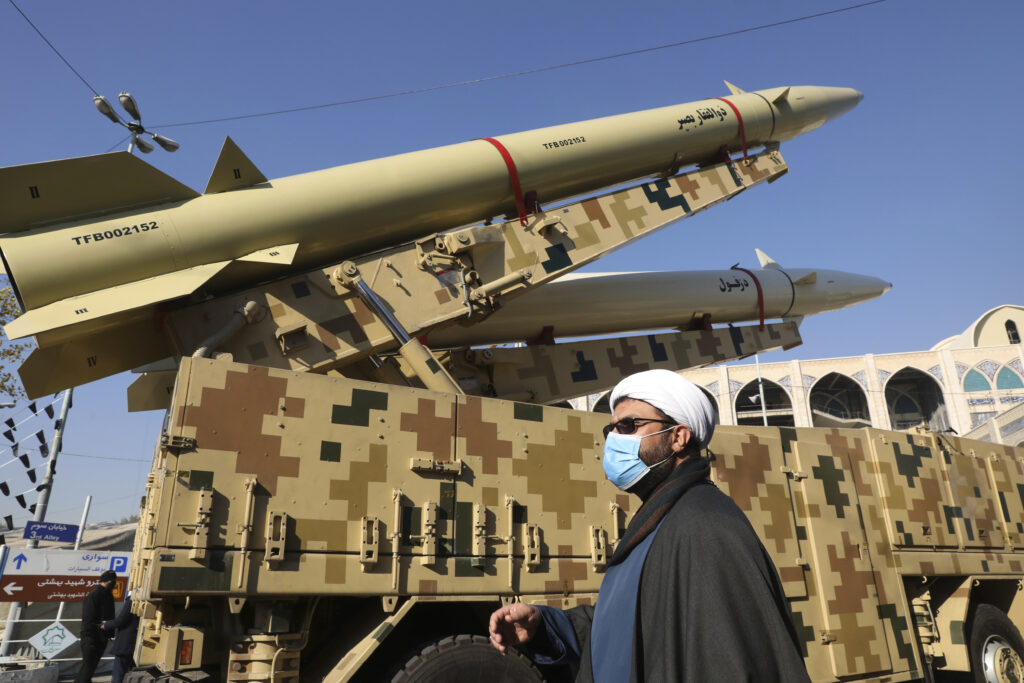 The missiles — known as Dezful, Qiam and Zolfaghar — have official ranges of up to 1,000 kilometers (620 miles) and are already known models, the paramilitary Revolutionary Guard said.

Diplomats from countries that remain in the 2015 nuclear deal — Britain, France, Germany, Russia and China — are working with Tehran to revive the accord, which had sought to limit Iran’s nuclear ambitions in exchange for lifting of economic sanctions.

American diplomats are present at the nuclear talks in Vienna but they are not in direct talks with Iranians. The accord collapsed in 2018 when then-President Donald Trump unilaterally withdrew the United States from the deal and re-imposed sanctions on Iran.

A report by Iranian state media said the missiles on display were the same types as those used to strike U.S. bases in Iraq.

The display came on the second anniversary of a ballistic missile attack on bases housing American troops in Iraq in retaliation for the U.S. drone strike that killed top Iranian general Qassem Soleimani in Baghdad in 2020.

The Iranian military mistakenly shot down Ukraine International Airlines Flight PS752 with two surface-to-air missiles after the attacks, killing all 176 people on board. After days of denial, the Guard publicly apologized, blaming an air defense operator who authorities said mistook the Boeing 737-800 for an American cruise missile.

An Iranian military court in November held a hearing for 10 people suspected of having role in downing the Ukrainian airliner.

State media said a commemoration ceremony for the victims was held in Tehran’s main cemetery with the presence of their families as well as officials.