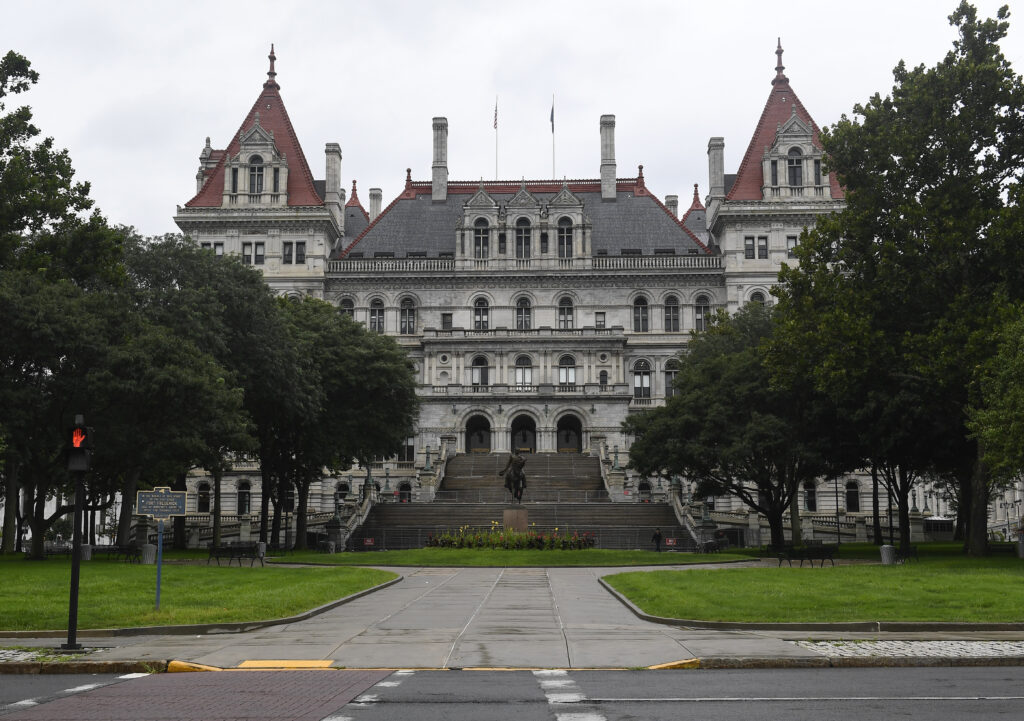 Millions of New Yorkers should expect tax relief, thanks to the next state budget, but it’s far from clear how the state will use billions in rising tax revenues this year.

Any big spending increases will depend in part on the fine print in Gov. Kathy Hochul’s budget proposal, due Jan. 18. And lawmakers will negotiate with Hochul — who’s running for election — as they work on passing a one-year budget by April.

Tax revenues are coming in much higher than expected, to the tune of $7.1 billion through September alone. Hochul’s budget plan will reveal whether revenues have kept surging this winter.

Sen. Liz Krueger, who chairs the Senate finance committee, said the increase is partly due to former Gov. Andrew Cuomo’s strategy of “purposely underestimating revenues” and then boasting of extra funds.

And New York’s economy is recovering, though at a slower pace than the nation. The statewide unemployment rate dipped to 6.6% in November, down from 8.4% November 2020.

“We will have money to dedicate to significant priorities,” said Senate Deputy Majority Leader Michael Gianaris, who noted housing and higher education are big priorities. “It’s just a question of how it gets divvied up.”

Hochul, a moderate Democrat, is facing pressure in budget negotiations from her party’s more liberal wing ahead of the June primary.

The state comptroller, Democrat Tom DiNapoli, and fiscal watchdog groups are urging New York to set aside money to prepare for another economic catastrophe and the eventual expiration of COVID-19 relief funds.

Meanwhile, liberal advocacy groups are calling for billions more in spending to help communities reeling from the pandemic, including for workers who live in the country illegally and didn’t qualify for federal aid and for universal child care. Senate Leader Andrea Stewart-Cousins has signaled universal child care is a top goal this year.

But Hochul’s State of the State address on Wednesday didn’t mention billions in funding for such spending priorities.

And advocates for workers living illegally in the U.S. and lack federal coronavirus aid blasted the governor for excluding mention of their push to add $3 billion to the state’s Excluded Worker Fund, which quickly exhausted $2.1 billion in state funds this fall.

Hochul this week outlined plans to spend billions over the next several years to boost the healthcare workforce by 20%, increase electric and offshore wind infrastructure, build thousands of new affordable housing units, and expand tuition aid for part-time students.

Her budget proposal will specify how much spending will go up in this year’s budget alone, and whether all that money will come from the federal government, the state or the private sector.

For example, Hochul pitched a new subway from Brooklyn through Queens to the Bronx, something supporters have pushed for decades. But Krueger pointed out the Metropolitan Transit Authority is in crisis over inadequate funding for capital costs.

“I’m not going to tell you that’s not an important thing to do,” Krueger said. “I’m going to guarantee that’s an amazingly expensive thing to do.”

Republicans and Democrats appear to agree on Hochul’s proposals to speed up the timeline for scheduled middle-class tax cuts and offer property tax rebates.

Krueger said lawmakers are working on legislation to delay an upcoming unemployment tax hike and increase how much New York pays out in unemployment.

Another key issue is that billions in federal pandemic relief funds have helped New York balance its budget — but that money will expire in a few years.

That means New York must prepare for a potential $3.5 billion budget hole in 2025, according to the nonpartisan Citizens Budget Commission.

“What kind of sits above all of it is the continued risk of, what if the recovery doesn’t continue apace and there’s another economic shock?” said Patrick Orecki, the nonprofit’s director of state studies.