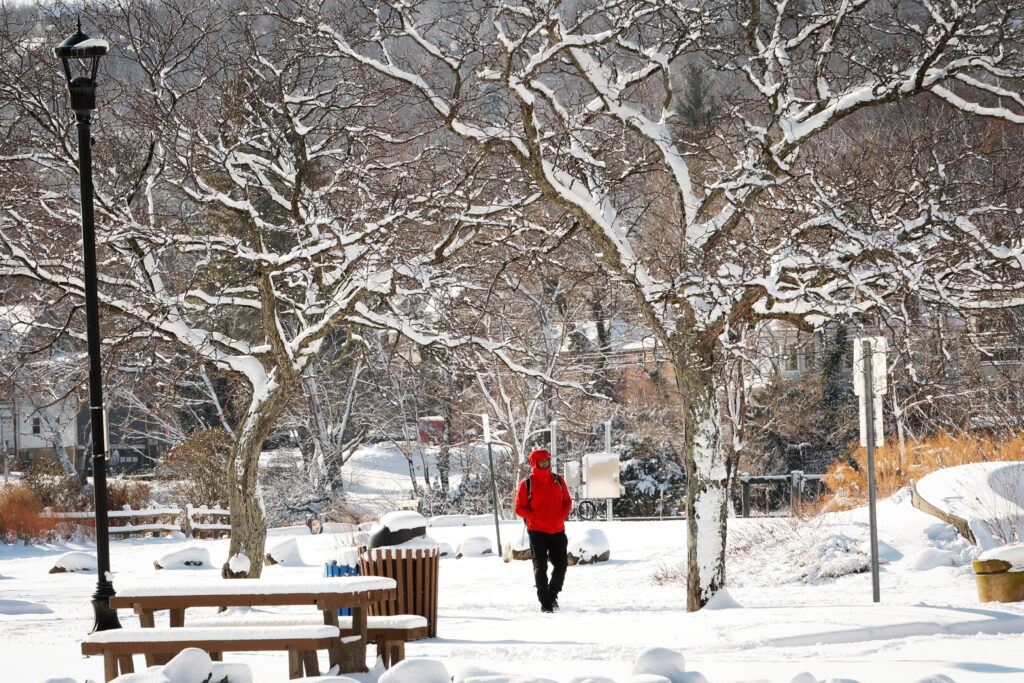 A winter storm that has already left areas of the South with more than 6 inches of snow moved into the Northeast on Friday during the morning commute and prompted many school districts to close for the day.

Massachusetts Gov. Charlie Baker urged people to stay off the roads and take public transportation if possible, as the storm was forecast to drop as much as a foot of snow in coastal areas of the state.

There were already 12 inches of snow in Hebron, Connecticut and 10 inches in Burrillville, Rhode Island by 8 a.m., according to National Weather Service spotters.

“Children need to be in school. We don’t have any more days to waste” after the many closures and remote-learning days of the pandemic, said New York Mayor Eric Adams, a Democrat dealing with his first major storm after taking office Saturday. He said he was also mindful of children who rely on in-school meals and working parents who can’t stay home.

Officials urged caution on the roads and reduced speed limits in some areas, but there were multiple reports of crashes across the region.

A commuter bus spun out of control and wound up blocking multiple lanes on the Massachusetts Turnpike just outside Boston early Friday. No injuries were reported, but the bus caused a huge traffic jam.

The storm also affected coronavirus testing sites, many of which have been overwhelmed with long lines and waits for days. Some testing sites in Rhode Island delayed their openings until later in the day, when the storm was expected to start tapering off. Testing sites in Connecticut closed.

Philadelphia and Newark Liberty International airports reported many flights were canceled or delayed. Airports across the Northeast advised travelers to check with their airlines.

From late Thursday through Friday afternoon, 4 to 7 inches of snow were expected in parts of central and southern New Hampshire, and south-central and southwest Maine, according to the weather service.

The storm brought record-setting snow to some areas of the South on Thursday.

Nashville saw 6.3 inches of snowfall Thursday, shattering the city’s previous Jan. 6 record of 4 inches that had stood since 1977, the National Weather Service said. Freezing rain and sleet coated areas around the Tennessee-Alabama state border, said Scott Unger, a meteorologist for the service in Nashville.

The largest snowfall in Kentucky by Thursday evening was 8 to 9 inches in a swath from Elizabethtown to Bardstown and Nicholasville to Lexington, said meteorologist Brian Schoettmer of the weather service’s Louisville office. Eastern Kentucky recorded 6 to 8 inches, and far western Kentucky had about 3 inches.