String of Robberies Overnight in Williamsburg 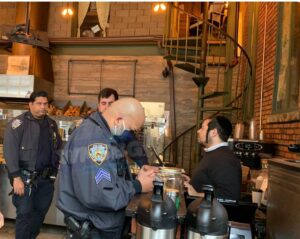 Three Williamsburg businesses were broken into in the early hours of Thursday morning.

A Shomrim member told Hamodia the burglaries were carried out in Jewish businesses, but they did not appear to be targeted for that reason.

They used crowbars to break in through the window and then opened the door at the store. They stole nine thousand dollars, ten laptops, and an unknown number of checks.

They used a connecting hallway to enter the business next door and stole money from the register, as well as expensive products from the store, Williamsburg News reported.

At 3:45 a.m., the two suspects broke into Mini Market Plus at Hooper Street and Harrison Avenue. They broke the front door lock with a crowbar and entered the business. They stole from the register and then fled the scene.