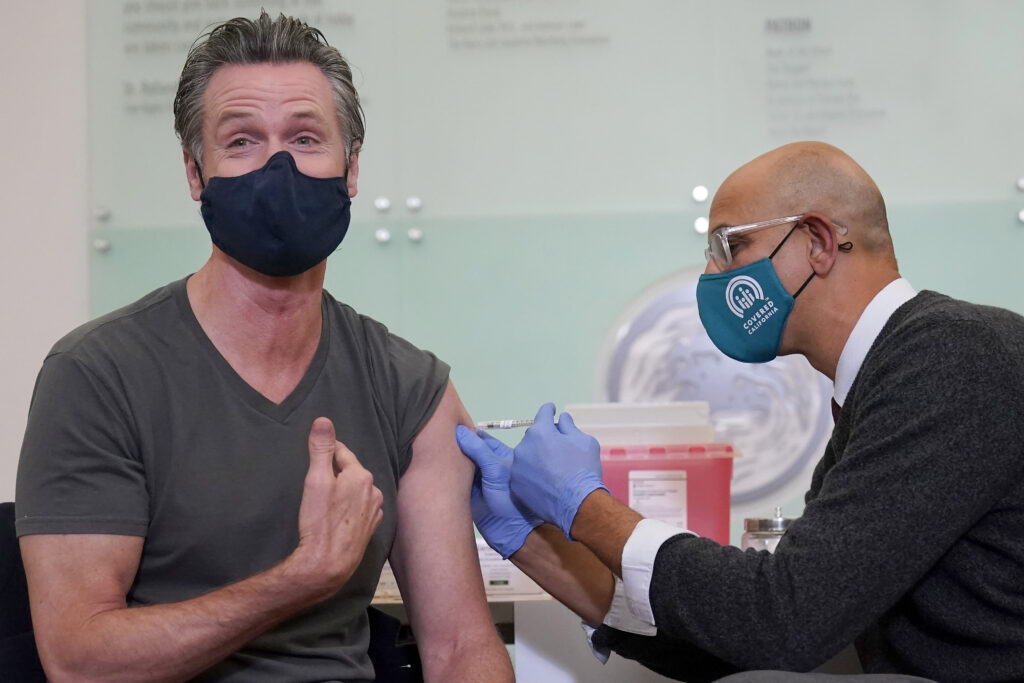 California is struggling to staff hospitals and classrooms as an astonishing spike in coronavirus infections sweeps through the state.

The fast-spreading omicron variant of COVID-19 is sidelining exposed or infected healthcare workers even as hospital beds fill with patients and “some facilities are going to be strapped,” Health and Human Services Secretary Dr. Mark Ghaly said Wednesday.

Some 40% of hospitals are expecting to face critical staff shortages and some are reporting as much as a quarter of their staff out for virus-related reasons, said Kiyomi Burchill of the California Hospital Association.

In Fresno County, more than 300 workers at area hospitals were either isolating because of exposure or recovering, said Dan Lynch, the county’s emergency medical services director.

The Los Angeles County Fire Department is driving patients to hospitals in fire trucks rather than ambulances because 450 firefighters are absent after testing positive, acting Assistant Chief Brian Bennett told the Carson City Council on Tuesday, according to the Los Angeles Daily News.

Going forward, the County Fire Department will only be sent on medical calls when absolutely necessary, officials said.

“The rapid spread of omicron has wiped out our workforce,” McCormick Ambulance, a private company that contracts with the county, said in a statement.

California had the lowest per-capita case rate in the U.S. in September but like the rest of the country, it’s now experiencing a dramatic rise from the omicron variant. Confirmed virus cases have shot up nearly 500% in the last two weeks and hospitalizations have doubled in the past two weeks to more than 8,000. State models forecast hospitalizations could top 20,000 by early next month, a level nearly as high as last January when California experienced its deadliest surge.

At least nine hospitals in Orange County have set up surge tents to increase their capacity if they are swamped by virus cases in addition to a rise in other medical problems, such as strokes, said Dr. Regina Chinsio-Kwong, the county’s deputy health director.

People with minor symptoms should start with a virtual visit to a doctor because “our hospitals and our ERs and our urgent cares are full and they really need to focus their efforts on people who are really sick,” she said.

California has extended its indoor mask mandate into mid-February to help combat the infection but Ghaly said there is no discussion of further restrictions, noting the availability of vaccines and COVID-19 treatments that were largely absent a year ago.

The virus is sidelining school personnel even as six million K-12 students are returning to classrooms.