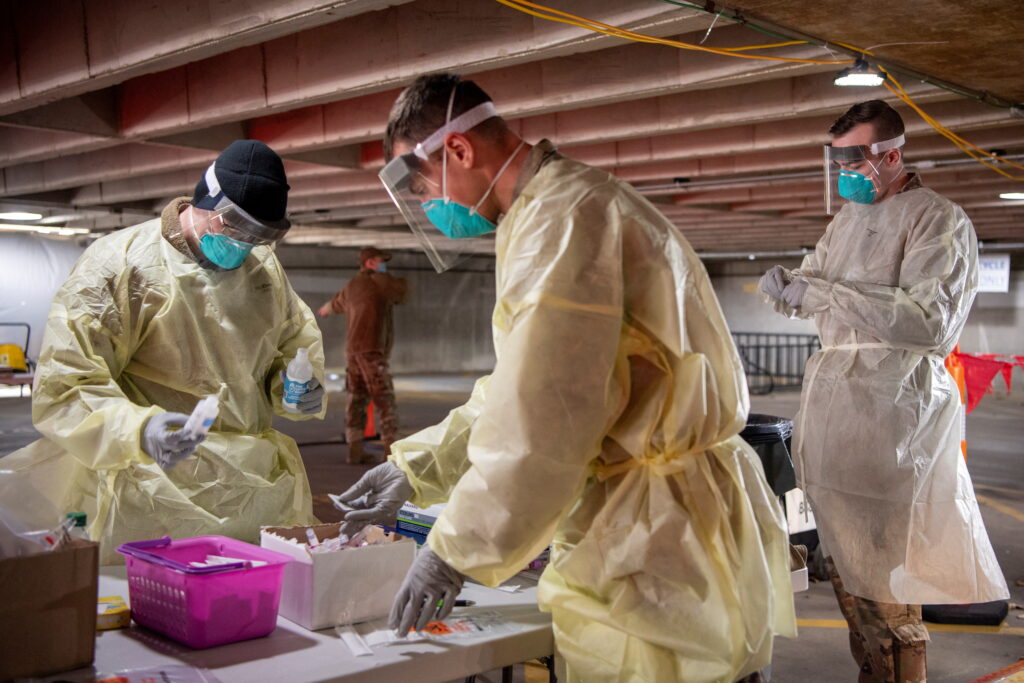 Texas officials indicated Tuesday that thousands of National Guard members are refusing COVID-19 vaccines in the latest challenge against a Biden administration order that requires all members of the military to get one.

A lawsuit filed by Texas Attorney General Ken Paxton comes a week after a federal judge rejected a similar challenge brought by Oklahoma’s governor, amid growing Republican opposition to the vaccination mandate for Guard members.

Texas has more than 20,000 National Guard members, the largest contingent of any state. About 40% of its Army National Guard are currently refusing to receive the COVID-19 vaccination “for either religious accommodation needs or otherwise,” according to the lawsuit filed in a federal court in east Texas.

It added that more than 200 airmen in the the Texas Guard are also refusing the vaccine.

Other challenges to Defense Secretary Lloyd Austin’s decision to make vaccinations mandatory for all members of the military are playing out elsewhere. On Monday, another federal judge in Texas granted a preliminary injunction stopping the Navy from acting against 35 sailors for refusing on religious grounds to comply with the order.