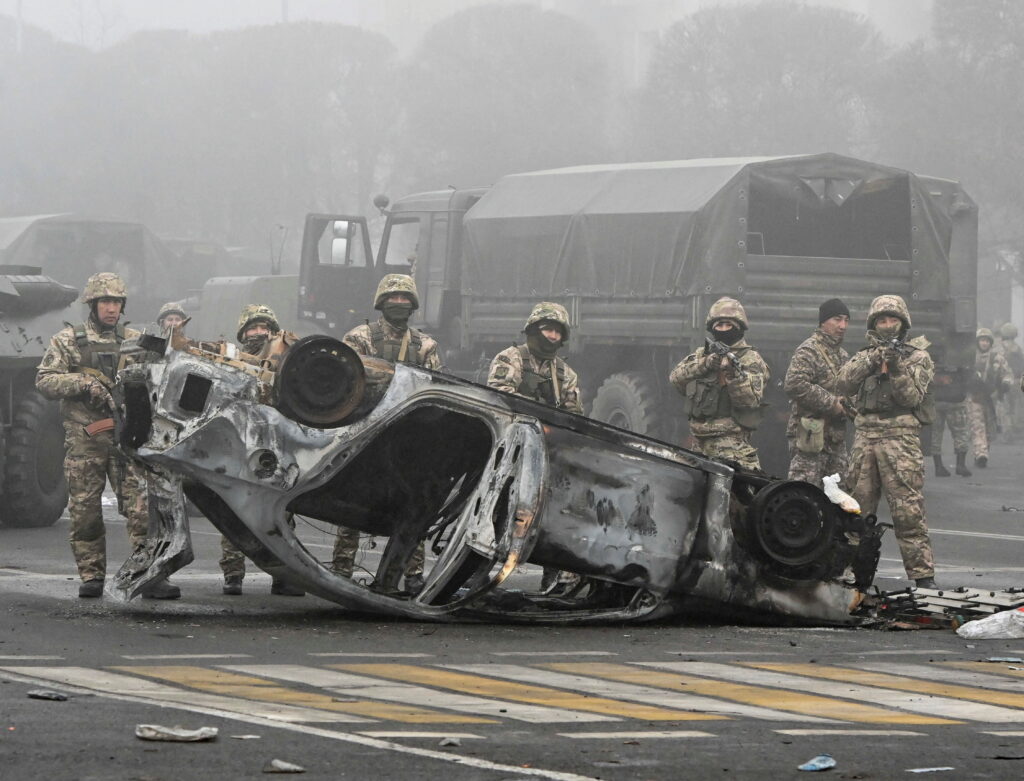 A police official in Kazakhstan’s largest city said Thursday that dozens of people were killed in attacks on government buildings.

There were attempts to storm buildings in Almaty during the night and “dozens of attackers were liquidated,” police spokeswoman Saltanat Azirbek said Thursday. She spoke on state news channel Khabar-24. The reported attempts to storm the buildings came after widespread unrest in the city on Wednesday, including seizure of the mayor’s building, which was set on fire.

Kazakhstan is experiencing the worst street protests the country has seen since gaining independence three decades ago. Government buildings have been set ablaze and at least eight law enforcement officers also have been killed.

A Russia-led military alliance, the Collective Security Treaty Organization, said early Thursday that it would send peacekeeper troops to Kazakhstan at the request of President Kassym-Jomart Tokayev. Kazakhstan has been rocked by intensifying protests that began on Sunday over a sharp rise in prices for liquefied petroleum gas fuel. The protests began in the country’s west but spread to Almaty and the capital Nur-Sultan.