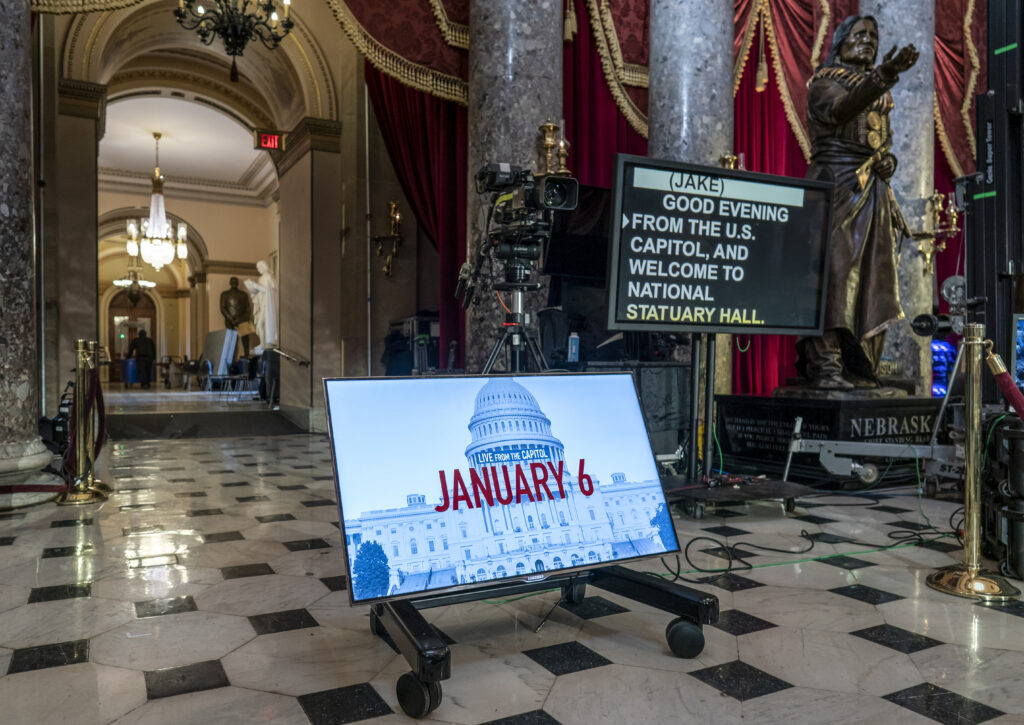 President Joe Biden is preparing to mark the first anniversary of the U.S. Capitol insurrection, gathering with lawmakers to remember the violent attack that has fundamentally changed Congress and raised global concerns about the future of American democracy.

Marking the one-year anniversary of the Capitol insurrection, Biden and congressional Democrats will start Thursday in Statuary Hall, one of several spots where rioters swarmed a year ago and interrupted the electoral count. Biden is expected to speak to the truth of what happened, according to White House press secretary Jen Psaki, and draw a contrast between that and “the lies some have spread since” — a reference to the continued refusal by many Republicans to affirm that Biden won the 2020 election.

“I would expect that President Biden will lay out the significance of what happened at the Capitol and the singular responsibility President Trump has for the chaos and carnage that we saw,” Psaki said during Wednesday’s press briefing.

A series of remembrance events during the day will be widely attended by Democrats, in person and virtually, but almost every Republican on Capitol Hill will be absent. The division is a stark reminder of the rupture between the two parties, worsening ever since hundreds of Donald Trump’s supporters violently pushed past police, used their fists and flagpoles to break through the windows of the Capitol, and interrupted the certification of Biden’s victory.

While congressional Republicans almost universally condemned the attack in the days afterward, most have stayed loyal to the former president.

In a bid to inform the public, Democrats investigating the insurrection plan to spend the coming months telling the American people exactly what happened on Jan. 6. But leaders will spend the one-year anniversary appealing to broader patriotic instincts.

During the 2020 campaign, Biden said his impetus for running for the White House was to fight for the “soul of the nation” after watching Trump’s comments that some good people were among the white supremacists who marched in Charlottesville, Virginia, in 2017. He warned that American democracy was at stake, and his view is that the Jan. 6 attack was a vivid demonstration of his fears.

To honor the anniversary, Pelosi has scheduled a moment of silence in the House, where many members were evacuated and some were trapped as the rioters tried to break in; a moderated discussion with historians Doris Kearns Goodwin and Jon Meacham; and a session featuring testimonials from members who were there that day. While many lawmakers will be absent due to concerns about COVID-19, several of the events will be livestreamed so they can participate.