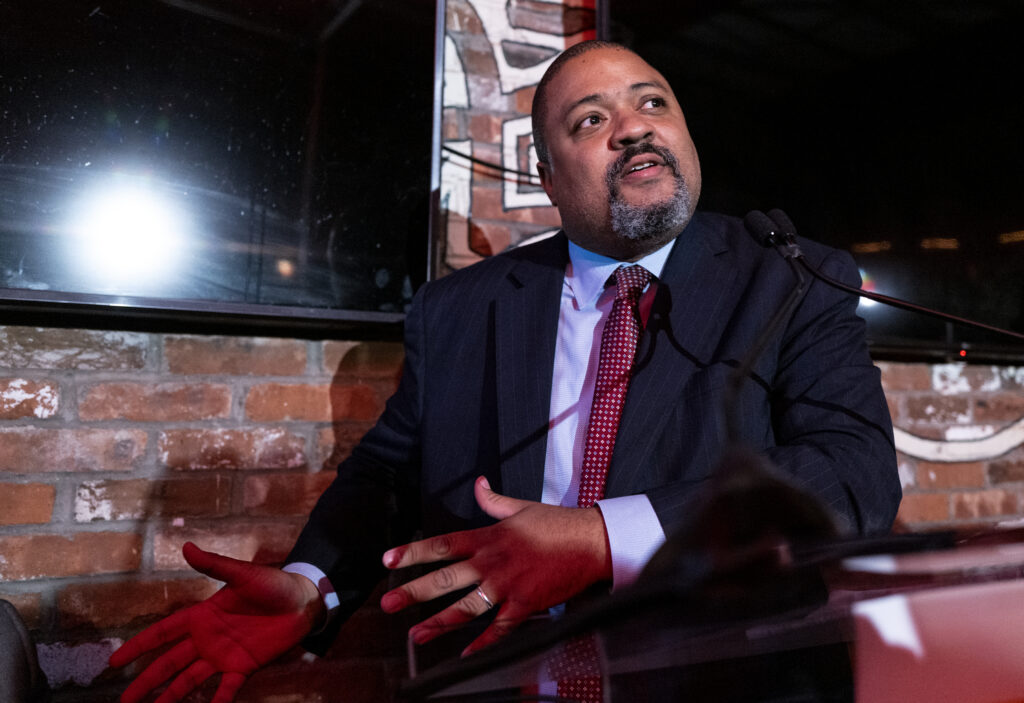 “Obviously, there is going to be a government response, but for fare evasion it’s not going to be incarceration, not in Manhattan,” Bragg told CBS 2. “I had a shootout on my block a month ago. We need to be focused on that.”

Bragg, a former federal prosecutor who campaigned as a progressive, has directed his office to no longer prosecute offenses like fare evasion and marijuana misdemeanors. He is advising bringing lesser charges on some robberies and low-level drug offenses, which would involve the suspect displaying “a dangerous instrument but does not create a genuine risk of physical harm.”

Those found with weapons other than guns will be charged with misdemeanors unless they are also facing other serious charges, the New York Post reported. Criminal possession of a weapon in the third-degree can be charged as a felony and be punished with up to seven years in jail.

Drug dealers believed to be “acting as a low-level agent of a seller” will be facing  misdemeanor possession unless they’re caught in the act, in which case they would face felony charges and up to seven years behind bars.

Instead, there would more investment in programs to keep offenders out of jail and for convicts to safely reenter society after being released, reducing the number of teenagers tried as adults, and continuing to lower the number of those incarcerated.

“ADAs should use their judgment and experience to evaluate the person arrested, and identify people: who suffer from mental illness; who are unhoused; who commit crimes of poverty; or who suffer from substance use disorders,” Bragg wrote in a memo to his team.  “Charges should be brought consistent with the goal of providing services to such individuals.”

Bragg said not prosecuting such offenses would leave the office more time to investigate and persecute violent crimes such as homicides, domestic felonies, and public corruption. When prosecutors are seeking a jail sentence, they can request at most 20 years, according to the Post.

Critics, including the NYPD police union, say these changes could mean criminals will be able to avoid prison.

“Bragg gives criminals the roadmap to freedom from prosecution and control of our streets,” said the head of the NYPD Detectives’ Endowment Association told the Post.