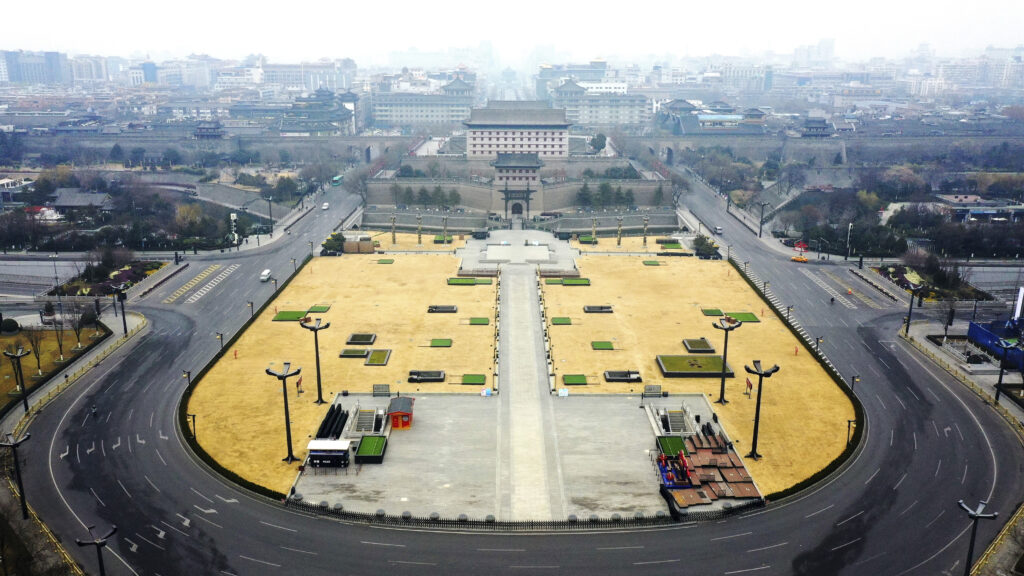 China on Wednesday reported a major drop in local COVID-19 infections in the northern city of Xi’an, which has been under a tight lockdown for the past two weeks that has tested the city’s ability to provide supplies for those confined to their homes.

With the Beijing Olympics beginning Feb. 4, China is doubling down on measures to prevent any new outbreak that could affect proceedings.

The National Health Commission on Wednesday announced just 35 new cases in Xi’an, down from 95 the day before. That marks a steady decline since daily new cases topped 100, prompting officials to retain and in some cases tighten restrictions on people leaving their homes.

Xi’an has seen more than 1,600 cases but no deaths in its latest surge. That’s a small number compared to outbreaks in other countries, a sign that China’s “zero tolerance” strategy of quarantining every case, mass testing and trying to block new infections from abroad has helped it to contain major outbreaks.

China has also vaccinated nearly 85% of its population, according to Our World in Data. The shots have helped reduce the severity of the disease, although Chinese vaccines are considered less effective than those used elsewhere.

The lockdowns, however, are far more stringent than anything seen in the West, and they have exacted a tremendous toll on the economy and the lives of millions of people.

Some complaints have been made in Xi’an of food shortages, but officials have defended the measures and pledged to ensure adequate supplies. Some residents are receiving free food packages, while others are ordering food online.

Officials haven’t given a specific date for the lifting of the lockdown.