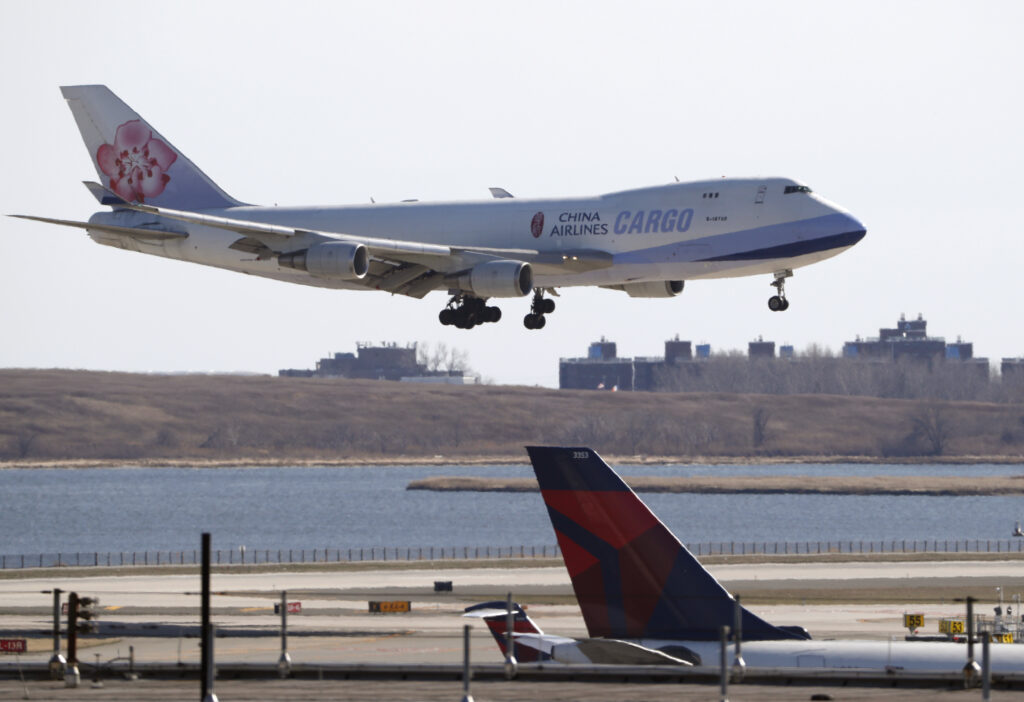 AT&T and Verizon have agreed to delay the launch of a new slice of 5G service by two weeks after airlines and the nation’s aviation regulator complained about potential interference with systems on board planes.

President Joe Biden said the agreement reached Monday will help avoid further disrupting flights that bad weather and the surging coronavirus have already delayed and canceled by the thousands over the past several days.

The telecom giants agreed to delay Wednesday’s planned launch of the new C-Band strand of 5G, which promises faster speeds for customers, in order to implement changes around airports. They still dismiss concerns that it could negatively affect aviation equipment.

The companies already postponed the C-Band rollout by a month when, over the weekend, they rejected a request by Transportation Secretary Pete Buttigieg and the head of the Federal Aviation Administration to delay the launch again.

Under Monday’s agreement, the companies also agreed to reduce the power of their new networks near major airports for six months. That will give the FAA more time to study potential interference with aviation.

So far, 5G service from AT&T and Verizon has not been very different from existing 4G service for most customers. The new segment of radio frequencies called C-Band, a “mid-brand” spectrum, could mean faster signals over wide areas for many customers. T-Mobile already has huge swaths of mid-band spectrum.

Over the past few years, wireless carriers have spent tens of billions of dollars to license spectrum from the government and roll out 5G service. However, their plan to use C-Band ran into fierce opposition from airlines and aviation groups.

U.S. airlines say wireless use of the C-Band segment of the spectrum could interfere with altimeters, radio devices that measures a plane’s height above the ground. The trade group Airlines for America said airlines could be forced to cancel or divert thousands of flights as a safety measure.

The Federal Communications Commission, which runs the auctions of radio spectrum, determined that C-Band could be used safely in the vicinity of air traffic. The FCC in 2020 set a buffer between the 5G band and the spectrum that planes use to resolve any safety concerns.

But Buttigieg and FAA Administrator Stephen Dickson, whose agency is responsible for aviation safety, saw a potential problem.

The FAA will allow planes with accurate, reliable altimeters to operate around high-power 5G. But planes with older altimeters will not be allowed to make landings under low-visibility conditions.

The two-week postponement will give the FAA and the companies time to implement the agreement.

AT&T and Verizon will be allowed to launch C-Band service this month under already-granted FCC licenses. The airlines have until Friday to give the companies a list of up to 50 airports where they believe the power of C-Band service should be reduced through July 5.

Until July, the telecoms will talk to the FAA and airlines about potential long-term measures regarding 5G service near airports. However, under terms of the agreement with the FAA, AT&T and Verizon will have sole power to decide if any changes in service will be made.