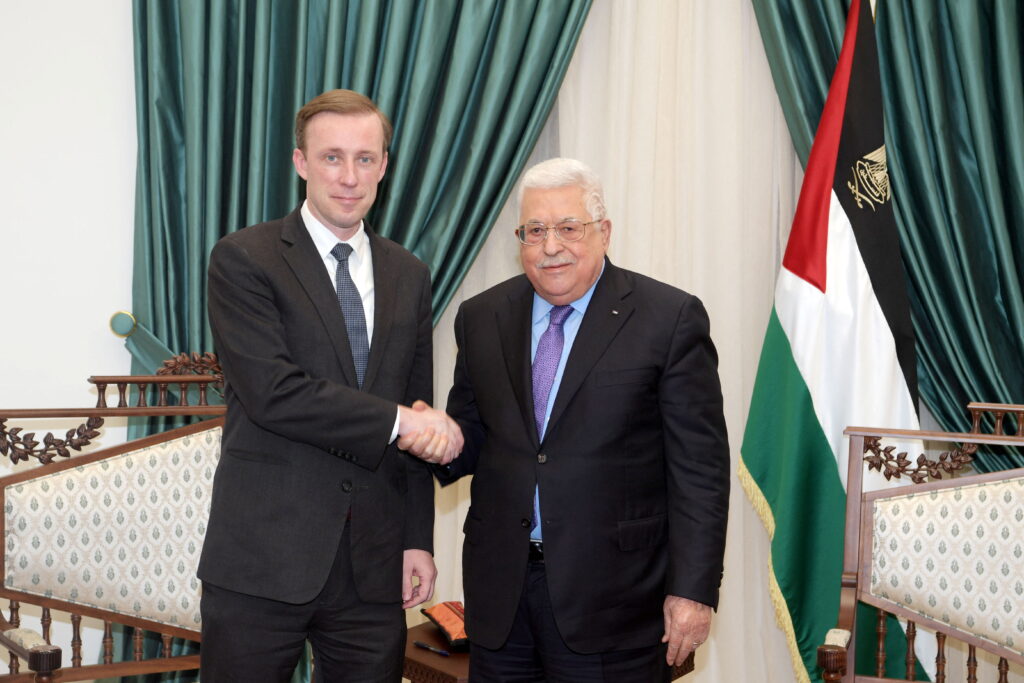 The failure thus far to reopen the U.S. consulate for Palestinians in Yerushalayim has become a source of tension between Washington and Ramallah.

Palestinian Authority officials were quoted by the Times of Israel as saying that the PA will not keep promises to make certain reforms if the U.S. does not come through on its promise to reopen the mission, thus bringing the Biden administration’s plan to mend relations with the Ramallah to a standstill.

“There needs to be a realization that when they don’t keep these promises, we cannot be expected to respond positively to their far-reaching demands either,” said one senior Palestinian official, who requested anonymity to speak on the matter.

Washington has reportedly been blocked by Israel, which opposes the reopening, which by law cannot proceed unilaterally.

The “reform” most at issue is that of curtailing payments to Palestinians serving time in Israeli prison for security offenses, or to the families of Palestinians killed by Israeli forces, including while carrying out terror attacks. The PA has not said it would end the stipends, only that it would appoint a committee to recommend changes.

In the meantime, the Biden administration, unsuccessful in moving the Israelis to agree to the reopening, has shelved plans for it, sources told ToI last month.

Chief among the reforms that Ramallah may now abort as a result are plans to alter the stipends paid out to Palestinians serving time in Israeli prison for security offenses, or the families of Palestinians killed by Israeli forces, including while carrying out terror attacks.

Other demands the Palestinians may refuse include withdrawing its request of the International Criminal Court to probe alleged war crimes committed by Israel and the Palestinians since the lead-up to the 2014 Gaza War, and human rights abuses against anti-government activists.

In addition to the consulate demand, Ramallah has asked for nullification of the Anti-Terrorism Act of 1987, which labels as “terror groups” the Palestinian Liberation Organization “and its affiliates.”

Another frustration is the White House’s unresponsiveness to requests for an in-person meeting between President Joe Biden and PA President Mahmoud Abbas, Palestinian officials said.

Biden officials say an invitation will be extended eventually, but have avoided specifics.