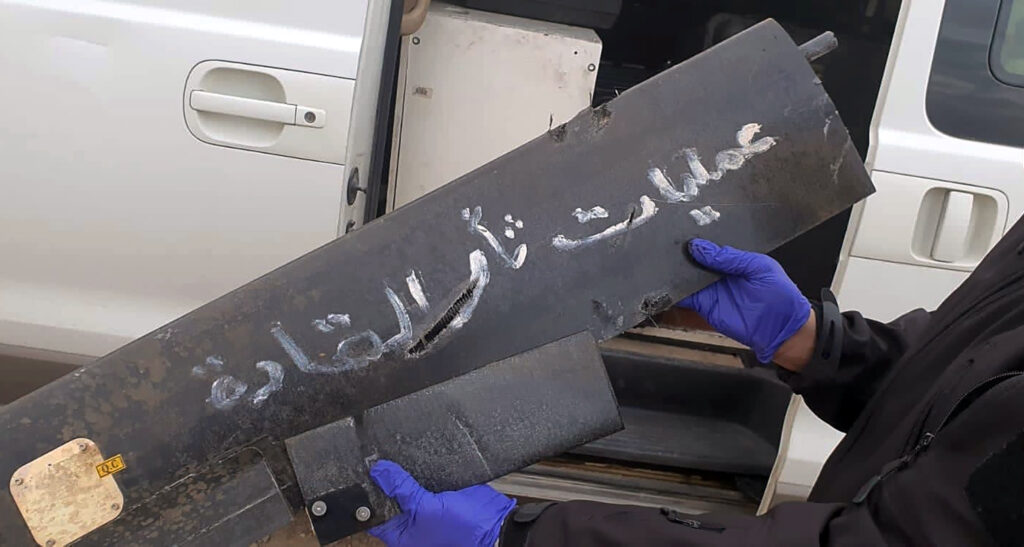 It was the second such attempted attack coinciding with the anniversary of the 2020 U.S. airstrike that killed a top Iranian general near the Baghdad airport. On Monday, two armed drones were shot down as they headed toward a facility housing U.S. advisors at Baghdad Airport.

According to the official, the fixed-wing drones rigged with explosives were engaged and destroyed by defensive capabilities at the Ain al-Asad airbase. An Iraqi military statement confirmed the attempted attack, saying the drones were shot down outside the parameters of the airbase. The base houses troops with the U.S.-led international coalition fighting the Islamic State group in Iraq.

In Monday’s attack, the drones were shot down by the C-RAM defense system that protects American installations in Iraq, and there were no reports of damage or injuries from the incident. No group claimed responsibility for the attack, although one of the wings of the drones had the words “Soleimani’s revenge” painted on it, according to the coalition and Iraqi officials.

“These are attacks against Iraqi installations and an attack against the Iraqi people and the military that protects them,” the coalition official said. “We maintain a minimal footprint on Iraqi bases.”

“The coalition no longer has its own bases in Iraq,” the official added, speaking on condition of anonymity in line with regulations.

Pro-Iran Shiite factions in Iraq have vowed revenge for the killing and have conditioned the end of attacks against the U.S. presence in Iraq on the full exit of American troops from the country.

“While we have ended our combat mission, we maintain the inherent right of self-defense,” the coalition official said Tuesday.