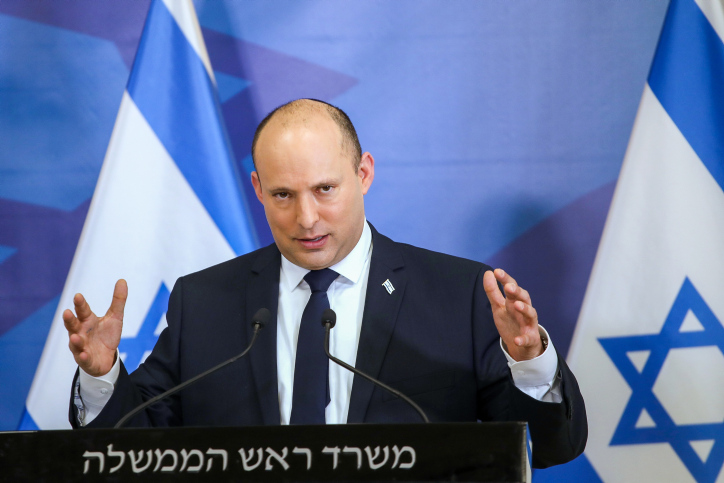 Senior IDF officers are up in arms over press briefings by the Prime Minister’s Office on Motzoei Shabbos that they say endangered the lives of Israeli soldiers as they were carrying out strikes on the Gaza Strip, Yisrael Hayom reported.

When rockets fired from the terrorist enclave – claimed to be a technical error – landed off the coast of Tel Aviv on Shabbos, senior political and defense officials debated retaliation.

Most officials voted for a moderate response to prevent damaging the fragile efforts to reach a long-term agreement with Hamas. The Egyptians also pressured Israel to exercise caution so as not to inflame the situation.

The weekend media reports of Israel’s intent to respond to the rocket fire were unusual: Israel does not usually announce how it plans to respond, to maintain the element of surprise and achieve the fullest effect.

Senior IDF officials were up in arms over the conduct of the Prime Minister’s Office, as they said the PMO was responsible for the unprecedented press briefings, which were politically motivated.

“Hamas received advanced notice and knew we were coming. It waited for us. Those who issued the briefing put the forces at risk,” one official said.

Another senior IDF official said, “This is the kind of red line you don’t cross. The iron rule is that you never talk about operational activity before it is carried out.”

In a statement, the Prime Minister’s Office rejected the criticism as “total nonsense, and the press briefings as fictional, they were never held.”

The IDF Spokesperson’s Unit issued a statement saying it was “unfamiliar with such criticism, and if it exists, it is not the opinion of the IDF and the chief of staff. The IDF does not issue criticism of the diplomatic echelon.”