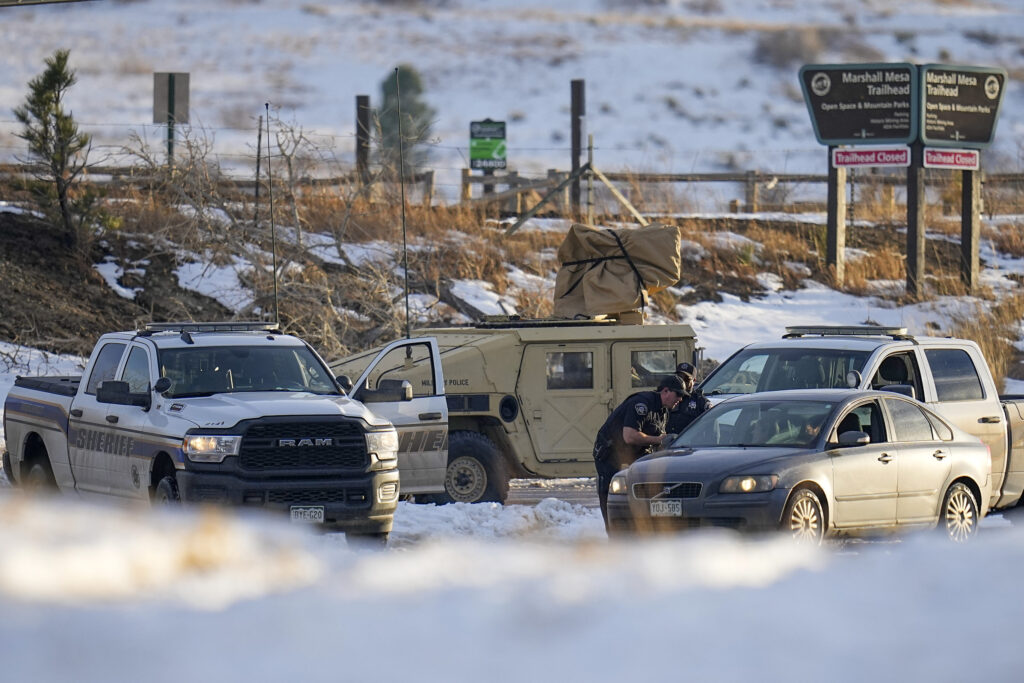 Federal and state investigators have interviewed dozens of people in their search for the cause of a destructive Colorado wildfire, but the results of that investigation — and even a progress report — could take days, if not weeks, the Boulder County sheriff warned.

Getting it right, he told reporters Monday, was “more important than the urge for speed that a lot of folks are feeling right now.”

The wind-whipped inferno erupted Thursday, destroying nearly 1,000 homes and other structures and forcing tens of thousands of residents to evacuate in a rapidly growing suburban area pockmarked by grasslands between the cities of Boulder and Denver. Two people were missing, and crews sifted two locations by hand and used small tools in their search for any remains.

Experts say the winter fire was rare but that similar events will become more common as climate change warms the planet and suburbs grow in fire-prone areas. The blaze broke out following months of drought that included a dry fall and a winter with little snow so far.

The investigation into the fire’s origin is focused on an area near Boulder where a passerby captured video of a burning shed on the day the fire began, Pelle told a news briefing Monday. He said dozens of people have been interviewed thus far and that experts from the FBI, the Bureau of Alcohol, Tobacco, Firearms and Explosives and the U.S. Forest Service were involved. Authorities say no downed power lines were found in the area.

Known as Marshall Mesa, the area in unincorporated Boulder County is near the base of the Rocky Mountain foothills and overlooks the more heavily populated suburbs to the east that were devastated by the fast-moving fire. The area is surrounded by tinder-dry public open space and private grasslands.

A sheriff’s official who spoke on condition of anonymity confirmed that several properties were under investigation, including one in the Marshall Mesa area, about 2 miles (3.2 kilometers) west of the hard-hit town of Superior. A National Guard Humvee blocked access to the neighborhood on Monday.

Over the weekend, authorities executed a search warrant, but the sheriff declined to elaborate and did not comment on whether he thought the fire was arson.

In the search for the missing, crews were looking for a woman in the town of Superior and a man from the nearby community of Marshall.

Louisville Police Chief Dave Hayes said authorities used cadaver dogs to re-check destroyed properties as a precaution. He said no one was reported missing in the heavily damaged city, but that “doesn’t mean we won’t find something.” Hayes told reporters after the briefing that he lost his own home and was wearing a change of clothes he asked someone to buy for him.

While homes that burned to the foundations were still smoldering in some places, the blaze was no longer considered a threat, especially after a blanket of snow and frigid temperatures hampered flames Saturday.

Most of the 991 buildings destroyed by the fire were homes. But the blaze also burned through eight businesses at a shopping center in Louisville, including a nail salon and a Subway restaurant. In neighboring Superior, 12 businesses were damaged, including a Target, a Chuck E. Cheese pizzeria, a Tesla car dealership, a hotel and the town hall.

Among the homes that were still intact, utility crews went door to door to check if natural gas and electricity could be safely restored.

“What a relief,” uttered Louisville resident Carl Johns as a utility worker turned on a gas valve and went inside Johns’s home of 21 years to make sure appliances were lighting up. He had been living with friends since Thursday, when police drove through the neighborhood and urged everyone by loudspeaker to evacuate.

Some of his neighbors weren’t so lucky. Down the street stood a row of burned homes.

“That just blows me away,” Johns said. “The houses aren’t there, and you can’t recognize your own block.”