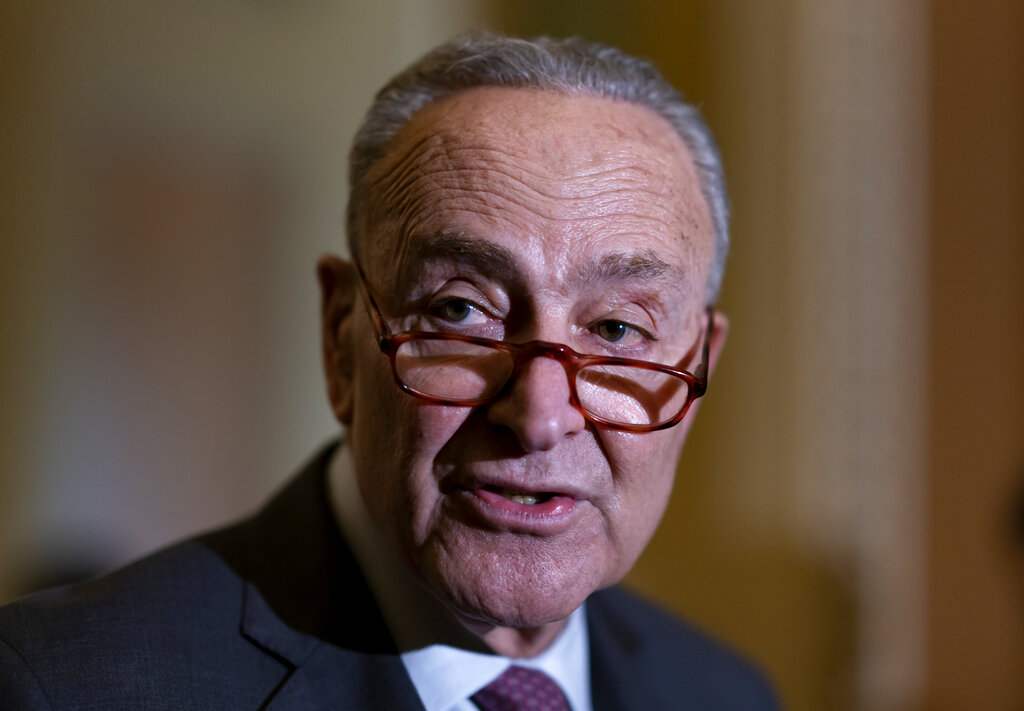 Days before the anniversary of the Jan. 6 attack on the Capitol, Majority Leader Chuck Schumer announced the Senate will vote on filibuster rules changes to advance stalled voting legislation that Democrats say is needed to protect democracy.

In a letter Monday to colleagues, Schumer, D-N.Y., said the Senate “must evolve” and will “debate and consider” the rules changes by Jan. 17, on or before Martin Luther King Jr. Day, as the Democrats seek to overcome Republican opposition to their elections law package.

“Let me be clear: January 6th was a symptom of a broader illness — an effort to delegitimize our election process,” Schumer wrote, “and the Senate must advance systemic democracy reforms to repair our republic or else the events of that day will not be an aberration — they will be the new norm.”

The election and voting rights package has been stalled in the evenly-split 50-50 Senate, blocked by a Republican-led filibuster and leaving Democrats unable to mount the 60-vote threshold needed to advance it toward passage.

Democrats have been unable to agree among themselves over potential changes to the Senate rules to reduce the 60-vote hurdle, despite months of private negotiations.

Two holdout Democrats, Sens. Joe Manchin of West Virginia and Kyrsten Sinema of Arizona, have tried to warn their party off changes to the Senate rules, arguing that if and when Republicans take majority control of the chamber, they could use the lower voting threshold to advance bills Democrats oppose.

President Joe Biden has waded cautiously into the debate — a former senator who largely stands by existing rules but is also under enormous political pressure to break the logjam on the voting legislation.

How the Senate rules would be changed remains under discussion.