Israel Gantz to Continue Meetings with Abbas Despite Criticism
Israel 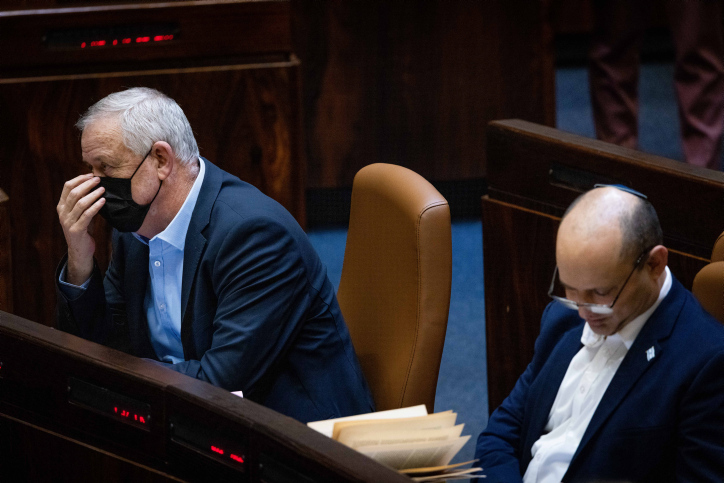 Defense Minister Benny Gantz said on Monday that he intends to continue meeting with Palestinian Authority President Mahmoud Abbas despite criticism from the right wing, The Times of Israel reported.

“I was disappointed by cabinet ministers who preferred to speak from a political position at the expense of security needs. Behind closed doors, they sound different,” Gantz asserted in a meeting of his Blue and White party. “For me, whenever the political interest runs into the security interest, security must always prevail.”

Gantz said “the need to maintain Israel’s security” was the main focus of his meeting with Abbas, along with countering Hamas.

“And this is the reason I will continue to meet with him and other elements in the region with whom discourse helps our stability, security and interests,” he said.

The defense minister said he believed it was in the Palestinians’ interest to rein in terrorism, “that calm creates a healthy economy for them with a horizon for a better future.”

Gantz also sought to dispel doubts as to whether his meetings with Abbas had the approval of Prime Minister Naftali Bennett, saying that “the prime minister was updated ahead of time. He can think as he thinks. I’m doing my job.”

During a press conference Sunday, Bennett himself confirmed he had given his “full approval” for last week’s meeting. “The defense minister spoke with me in advance and I didn’t see any reason to prohibit [the meeting], including the location [at Gantz’s private home in Rosh HaAyin],” he told reporters.

The prime minister said Gantz and Abbas discussed security and economic matters — not political issues — and reiterated his opposition to personally meeting with the PA chief.

Foreign Minister and Alternate PM Yair Lapid said on Monday that the policy of no political negotiations with the PA will be adhered to when his turn at prime minister comes.

“I don’t think that five million Palestinians will disappear, but within the current political context, even after [I rotate in as prime minister], the coalition will be obligated to already reached agreements, and I will abide by every agreement that I made with my partners,” Lapid told reporters in a briefing, indicating that part of the coalition deal with Bennett was that neither of them would hold peace talks with the Palestinians.

However, Lapid said that unlike Bennett, he is willing to meet with Abbas, though outside of a negotiation context.