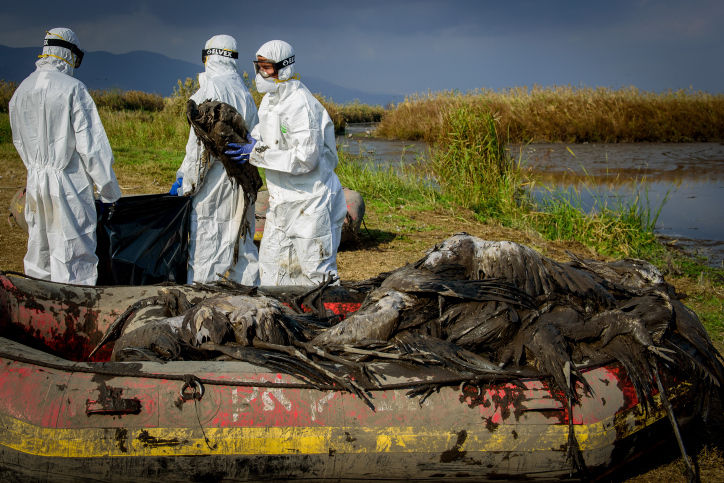 The avian flu continued to spread on Monday, as the Agriculture Ministry said about 42,000 turkeys have been infected in the northern town of Nahalal.

The latest outbreak follows infections detected on Sunday in the towns of Gadish and Ne’ot Golan, with about 7,400 infected chickens and 14,000 turkeys, respectively.

“This is an infection event of a magnitude we have not experienced here before,” said Agriculture Minister Oded Forer on Sunday, according to The Jerusalem Post.

“Each new hotspot is a warning sign that directs us to work to increase the biological safety of all chicken coops in Israel,” he said. “Agriculture Ministry employees work in an emergency format, with increased forces, and work day and night to handle every site to allow a return to routine as soon as possible.”

Last month, over 8,000 migratory cranes died due to the bird flu in the Hula Valley.

All of the outbreaks in Israel so far have been due to the H5N1 subvariant of the avian flu, amid a high number of outbreaks in Europe, Africa, and Asia in recent weeks, mostly due to H5N1, according to the World Organization for Animal Health.

Forer has instructed his office to raise the egg quotas for farmers in Israel and to open the market for imports due to an anticipated egg shortage in the coming months as a result of large-scale culling of hens due to the flu.