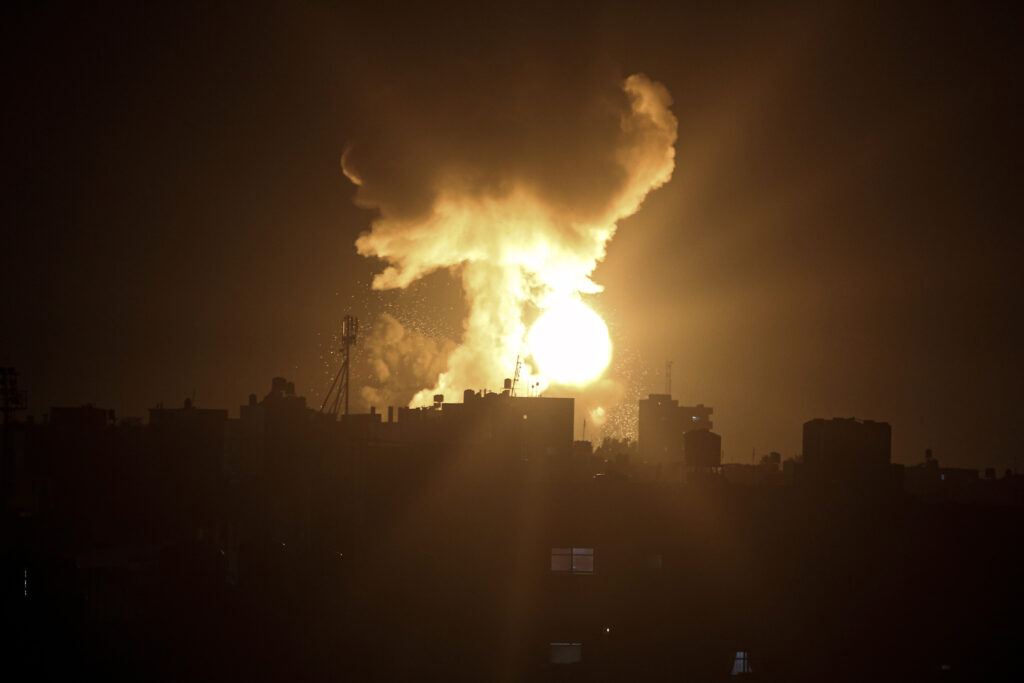 After Hamas opted to usher in 2022 by firing two rockets at central Israel on Saturday, IDF fighter jets, helicopters and tanks targeted a number of the group’s military targets in the Gaza Strip overnight Motzoei Shabbos and early Sunday, the IDF has confirmed.

The rockets landed off the coast and there were no reports of injuries or damage. As per protocol, because the rockets were on course to land in the sea, no sirens were activated and they were not intercepted. Tel Aviv residents reported hearing explosions off the coast as the rockets fell.

The IDF said airstrikes hit a rocket manufacturing facility, while tanks fired on several Hamas outposts on the border.

The IDF stressed that Hamas was responsible for what took place in Gaza and would carry the ramifications for any terrorist actions carried out from the Gaza Strip.

Hamas Radio said some of the group’s security posts and a training camp were targeted by Israeli aircraft and tanks. There were no immediate reports of casualties.

A source in the terrorist organizations said the rockets had been fired due to “weather conditions.” However, various reports in Arab media outlets said that the rocket fire had been intentional and carried out by the Palestinian Islamic Jihad.

Recently, the PIJ issued threated that if Hisham Abu Hawash, one of its members currently on a hunger strike in an Israeli prison, dies, the group will treat his death as a “targeted killing” and “act accordingly.”

On Saturday, the PIJ declared that it held Israel “completely responsible” for the continued decline of Abu Hawash’s health.