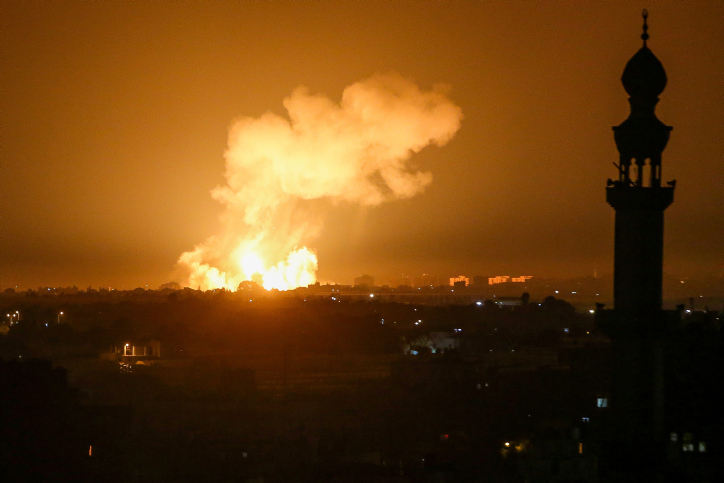 Egyptian officials Sunday pushed for Israel and Palestinian terrorists in the Gaza Strip to rein in hostilities and adhere to a cease-fire in place since the war in May.

The Egyptian efforts came a day after Hamas launched rockets into the Mediterranean Sea off central Israel, prompting Israel to carry out airstrikes on its positions in Gaza early Sunday. No casualties were reported.

The Israeli military said it struck “a rocket manufacturing site and military posts” belonging to Hamas in the Gaza Strip overnight in response to Saturday’s rocket fire.

On Wednesday, Palestinian terrorists shot an Israeli contractor working along the border fence and Israel responded with tank fire in what was the first exchange of fire in months.

Egyptian officials called on Hamas and other Palestinian terror groups in Gaza to stop their actions seen by Israel as “provocative,” and for Israel to accelerate arrangements agreed upon as part of the cease-fire, an Egyptian diplomat with knowledge of the ongoing efforts said. The diplomat spoke on condition of anonymity because they were not authorized to discuss the matter with the media.

“Neither side wants a full-blown war,” the diplomat said. “They just want guarantees and steps on the ground.”