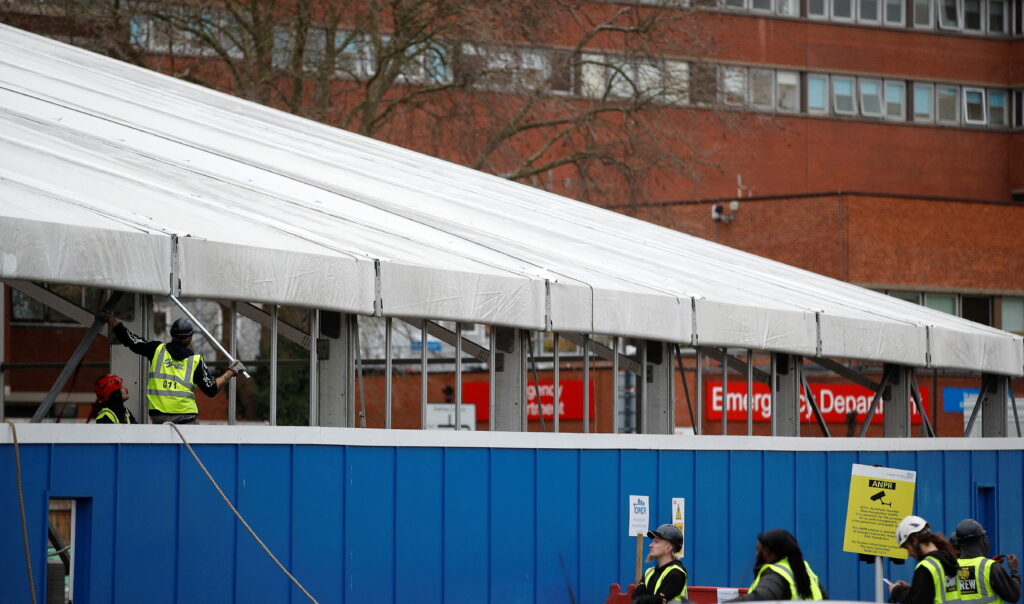 The U.K. reported a sharp increase in coronavirus-related deaths Thursday as the National Health Service announced it was building temporary structures at hospitals in England to prepare for a possible surge of patients infected with the highly transmissible omicron variant.

The government reported 332 deaths, the highest figure since March 2. Public health officials cautioned that the number included a backlog of cases that stemmed from incomplete reporting during last weekend.

While the figures are the highest in almost 10 months, they are still far below the peaks reported last January, when most people were unvaccinated.

The National Health Service in England said it is setting up “surge hubs” at eight hospitals, each with the capacity to treat about 100 patients. Staff are preparing plans to create as many as 4,000 “super surge” beds should they be needed, the NHS said Thursday.

“We do not yet know exactly how many of those who catch the virus will need hospital treatment, but given the number of infections we cannot wait to find out before we act, and so work is beginning from today to ensure these facilities are in place,” NHS England medical director Stephen Powis said in a statement.

The U.K. reported a record 189,213 confirmed new coronavirus infections Thursday, up 58% from a week earlier.

Mass vaccination centers at sports stadiums and museums have reopened after research showed that two doses of the vaccine weren’t enough to protect against omicron.

Across the U.K., almost 58% of people ages 12 and over have received booster shots, including 435,293 who received a third dose Wednesday, according to the latest government data.