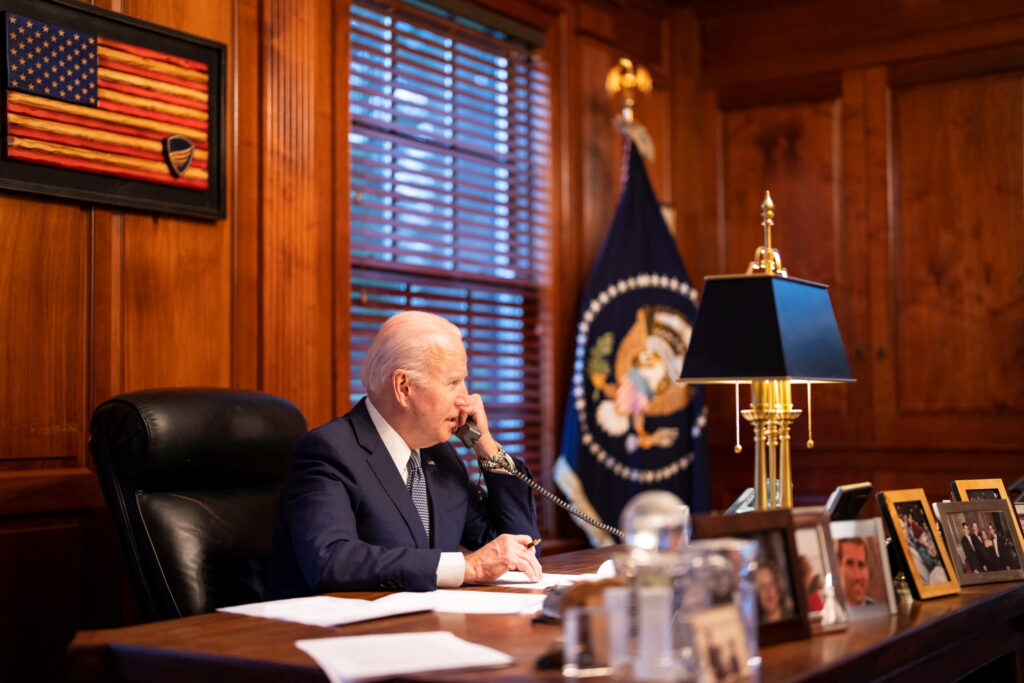 Russian President Vladimir Putin on Thursday warned his U.S. counterpart Joe Biden in a call that new Western sanctions against Moscow could rupture ties between Russia and the United States and would be a big mistake, the Kremlin said.

But Kremlin aide Yuri Ushakov told reporters Russia was satisfied with the phone conversation which he said centered on security guarantees that Moscow wants from the West amid a build-up of Russian forces close to the Ukrainian border.

Ushakov said Biden appeared to agree that Moscow needed such guarantees and seemed serious about negotiations even if differences remained and the outline of a possible compromise was so far unclear.

Russia has alarmed Western countries by massing tens of thousands of troops near its border with Ukraine in the past two months. Moscow denies planning to attack Ukraine and says it has the right to move its troops on its own soil as it sees fit.

The United States has repeatedly warned Moscow it will impose devastating sanctions if Russia launches a new attack on Ukraine, a threat Ushakov said Biden had repeated on Thursday.

Ushakov said Putin had told Biden that such a move could lead to a breakdown in U.S.-Russia ties.

“Our president immediately responded (to the sanctions threat) that if the West decides in this or other circumstances to impose these unprecedented sanctions which have been mentioned then that could lead to a complete breakdown in ties between our countries and cause the most serious damage to relations between Russia and the West,” said Ushakov.

“Our president also mentioned that it would be a mistake that our descendants would see as a huge error.”

Moscow, worried by what it says is the West’s re-arming of Ukraine, has said it wants legally-binding guarantees from the NATO military alliance over its eastern expansion and weapons deployment.

Russia is set to hold talks on the guarantees it is seeking with the U.S. in Geneva on Jan. 10, with NATO in Brussels on Jan. 12, and under the auspices of the Organization for Security and Cooperation in Europe in Vienna on Jan. 13.

Ushakov said Thursday’s phone call had created what he called a good atmosphere ahead of those talks.

Russia annexed Ukraine’s Crimea in 2014 and backed a pro-Russian separatist uprising that same year which saw Kyiv lose control over a swath of eastern Ukraine.