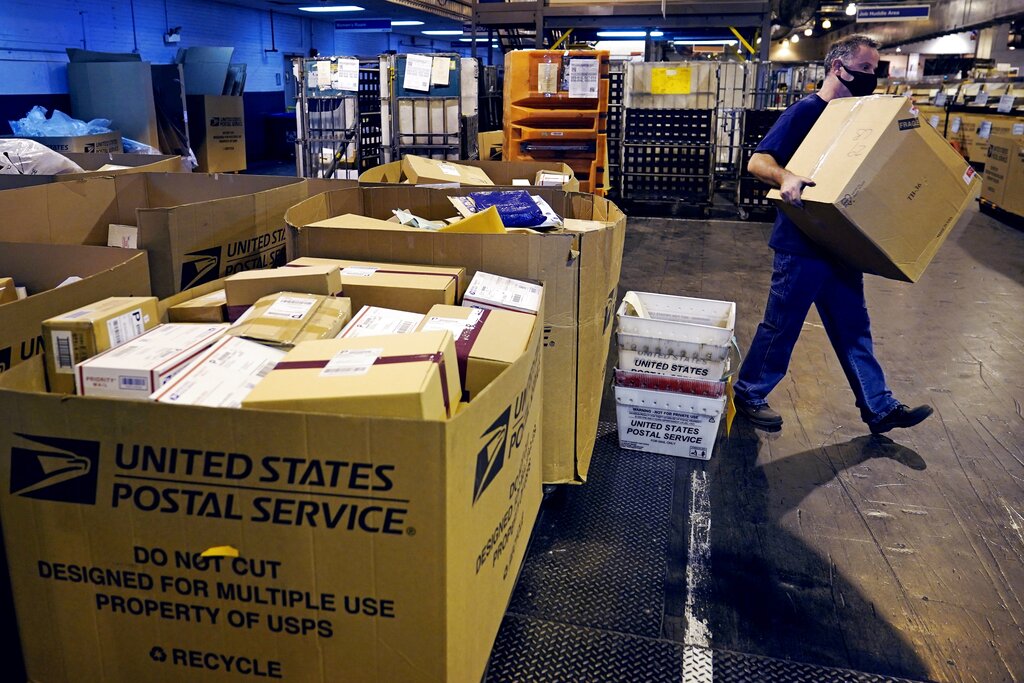 The U.S Postal Service pulled out all the stops to avoid a repeat of the 2020 year-end shipping disaster, and it worked.

The Postal Service and several other private shippers reported that deliveries during the year-end shopping season went smoothly for the most part.

ShipMatrix, which analyzes shipping package data, reported that 96.9% of the Postal Service’s shipments were on time during a two-week period in December.

Leading up to the shopping season, there were dire warnings of supply-chain problems and shipping delays. In the end, shoppers heeded supply-chain warnings by ordering and shipping items earlier, while more people opted to shop in stores than the year before, said Satish Jindel, ShipMatrix president in Pennsylvania.

And the number of quarantined postal workers was fewer than last year, though they’re trending upward.

With new standards that extended the deadline on some long-distance mail, the service reported 89.8% of first-class parcels delivered on time through the first 12 weeks of the quarter, and anticipated 12 billion pieces of mail and packages would be delivered between Thanksgiving and January 1.

During the period between Dec. 12-21, UPS and FedEx also saw on-time delivery rates topping 90%, Jindel said. They, too, bolstered their workforces, hiring more than 190,000 additional workers to be better prepared for the shipping peak.

For the U.S. Postal Service, about 6,500 postal workers were under COVID-19 quarantine on Dec. 24, which was better than the year before, when 19,000 workers were out at the December peak, according to the American Postal Workers Union.

But those numbers are growing. This week, the number of quarantined workers grew to nearly 8,000, the union said.

Fredric Rolando, president of the National Association of Letter Carriers, said obstacles like the pandemic and quarantines provide staffing challenges, but “they don’t alter the mission.”

The U.S. Postal Service declined to comment on the quarantine figures, but “we can assure you that the Postal Service does have resources in place, including adequate staffing, to meet the service needs of our customers, now and in the future,” said spokesperson Kim Frum.