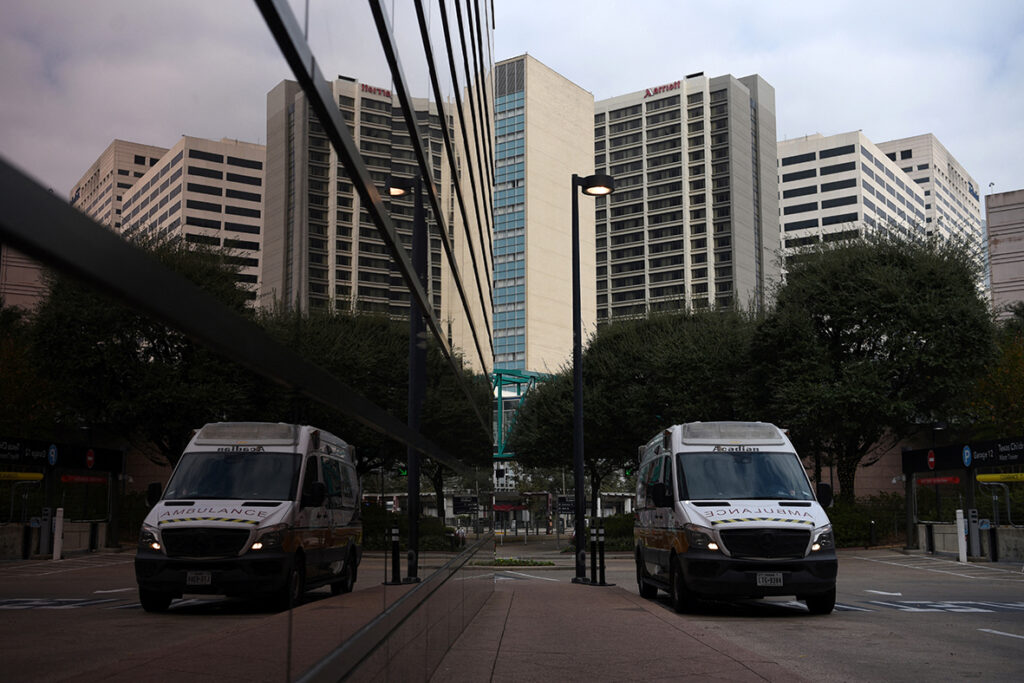 Within weeks, the Omicron variant has fueled thousands of new COVID-19 hospitalizations among U.S. children, raising new concerns about how the many unvaccinated Americans under the age of 18 will fare in the new surge.

The seven-day average number of daily hospitalizations for children between Dec. 21 and Dec. 27 is up more than 58% nationwide in the past week to 334, compared to around 19% for all age groups, data from the U.S. Centers for Disease Control and Prevention show. Fewer than 25% of the 74 million Americans under 18 are vaccinated, according to the CDC.

Omicron cases are expected to surge even faster across the United States as schools reopen next week, experts cautioned.

Doctors say it is too early to determine whether Omicron causes more severe illness in children than other variants of the coronavirus, but that its extremely high transmissibility is one key factor that is driving up hospitalizations.

“It is going to infect more people and it is infecting more people. We’ve seen numbers go up, we’ve seen hospitalizations in kids go up,” said Dr. Jennifer Nayak, an infectious disease expert and pediatrician at the University of Rochester Medical Center.

“What we are seeing is that children under five remain unvaccinated so there’s still a relatively large population of children who are naïve, so they have no preexisting immunity to this virus,” said Nayak.

Even in New York City, which has some of the highest vaccination rates in the United States, only around 40% of 5-to-17-year-olds are fully vaccinated compared with more than 80% of adults, city health data shows. There is no authorized vaccine for U.S. children under the age of five. Hospitalizations in New York City of people aged 18 and younger increased from 22 the week starting Dec. 5 to 109 between Dec. 19 and Dec. 23. Children under the age of five represented almost half of the total cases. Hospitalizations of people 18 and under in the entire state were at 184 from Dec. 19 to Dec. 23, up from 70 from Dec. 5 to Dec. 11.

Other parts of the United States are also seeing a spike in cases among children. Ohio has seen a 125% increase in hospitalizations among children 17 and under in the past four weeks, according to data from the Ohio Hospital Association.

Florida, New Jersey and Illinois have witnessed an increase of at least double in the seven-day average daily hospitalization of underage patients with the coronavirus over the past week, CDC data shows.

Young children have far lower vaccination rates than other age groups, with some families hesitating to introduce a new vaccine to their youngest members.

Fewer than 15% of U.S. children aged 5-11 have been fully vaccinated since Pfizer Inc and BioNTech’s COVID-19 shot was authorized for that age group in late October, federal data shows.

Doctors said the more severe COVID-19 symptoms they are seeing in hospitalized children this month include difficulty breathing, high fever and dehydration.

“They need help breathing, they need help getting oxygen, they need extra hydration. They are sick enough to end up in the hospital, and that’s scary for doctors, and it’s scary for parents,” said Rebecca Madan, a pediatric infectious disease specialist at New York University’s Langone Health hospital system.

The surge in cases occurred as schools closed for winter vacation. Before the vacation, more than a thousand classrooms had been either fully or partially quarantined due to outbreaks, according to New York City data. The city said it will open schools for about a million children as planned on Jan. 3, following the district’s winter recess.

Research has shown that a substantial amount of COVID-19 transmission among children tends to happen outside of schools. But Madan and others expect a new spike in cases among children from holiday gatherings, which could disrupt classroom attendance.

“The virus has just been able to outsmart, penetrate beyond, what it is the parents have done to shelter those children,” said William Schaffner, a leading infectious disease expert from the Vanderbilt University School of Medicine.