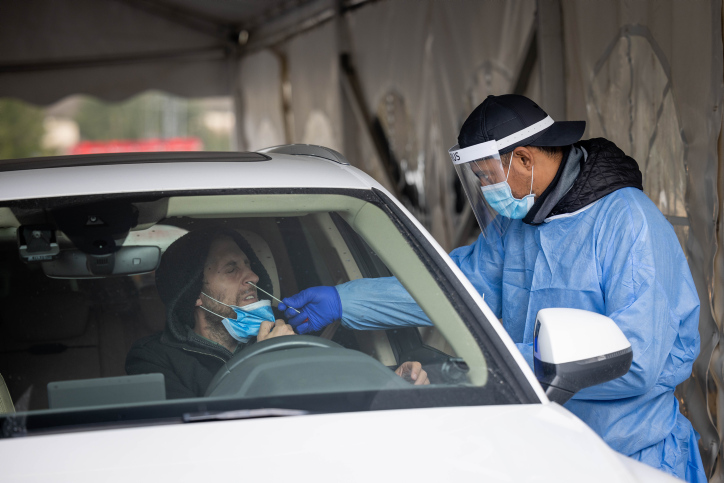 Not only is Omicron here, but the flu is also back.

The seasonal flu, which was almost nonexistent last year, has made its reappearance, and health officials are concerned about a possible “twindemic,” that could overwhelm hospitals with both flu and covid patients, The Times of Israel reported on Wednesday.

The Health Ministry said Wednesday that 1,849 Israelis were currently hospitalized with the flu, including 605 children and 124 expecting and new mothers.

New cases were continuing to rise among both the young and old, the ministry added.

It urged Israelis to get vaccinated against the flu, noting the inoculation being distributed this year protects against the flu strain currently spreading throughout the country. The ministry said anyone over six months old should get the vaccine and noted those eligible for a COVID-19 shot can do so at the same time.

“The flu virus can cause serious illness, such as pneumonia, other respiratory complications, myocarditis and even death,” a Health Ministry statement said.

Last week, a 31-year-old expectant mother died in Yerushalayim after contracting the flu, though the child survived.

In a separate case, an eight-year-old girl with the flu remains on a ventilator at the Meir Medical Center in Kfar Saba, according to Channel 13 news.