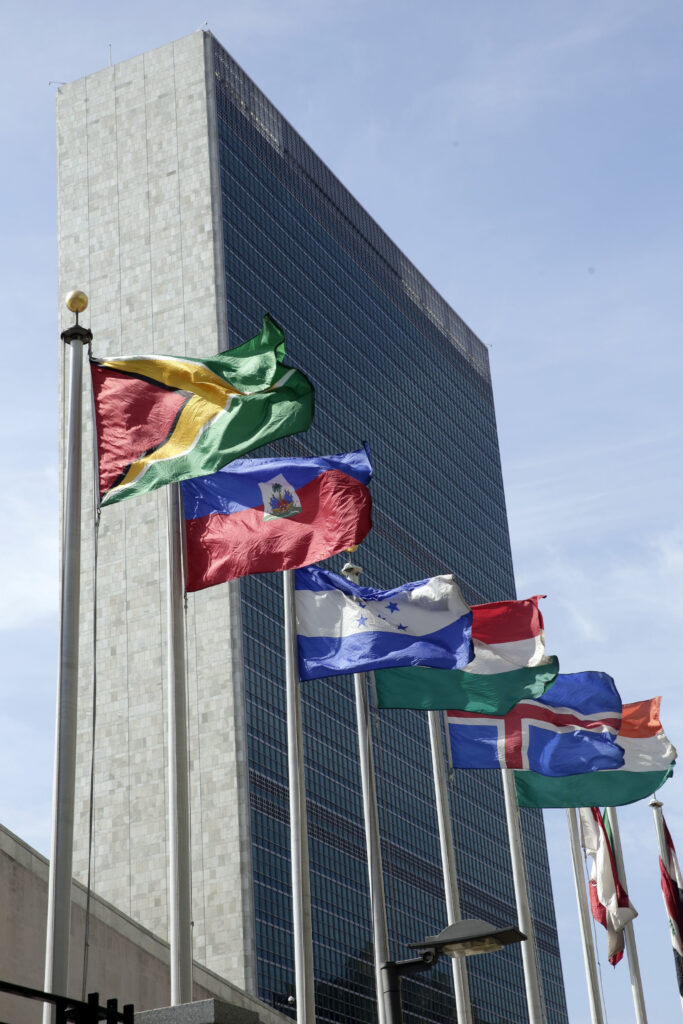 Days before its start date, an international conference on a landmark Cold War-era nuclear treaty is poised to be postponed because coronavirus cases are surging in the host city of New York.

Already delayed multiple times because of the pandemic, the Non-Proliferation Treaty Review Conference was supposed to start Jan. 4 at the United Nations’ headquarters, bringing delegations from around the world together to discuss the state of the 1970 pact. It’s considered a cornerstone of arms control.

But after the U.N. expressed concerns Monday about the resurgent virus and said the world body couldn’t staff an in-person conference, participants were reluctant to proceed with the Jan. 4 date, conference President-designate Gustavo Zlauvinen said in a letter Tuesday to the group.

He said the event would be put off if no one objected by Wednesday evening.

“This is a regrettable decision, but the present circumstances do not leave us any other choice,” wrote Zlauvinen, an Argentine diplomat and former International Atomic Energy Agency official.

It’s not yet clear how long the gathering would be delayed, or whether all or some of the events might be held virtually. Participants are due Thursday to discuss what to do.
In the meantime, Zlauvinen wrote that he had asked the U.N. about other potential dates next year and other potential venues.

Joined by 191 countries, the NPT is the world’s most widely ratified nuclear arms control agreement. Under the pact, nations without atomic weapons committed not to acquire them; those that had them at the time — the United States, Russia, Britain, France and China — committed to move toward eliminating them; and everyone all endorsed all countries’ right to develop peaceful nuclear energy. Nations without nukes also agreed to ongoing verification that any nuclear energy programs they might have aren’t being diverted to weaponry.

Review conferences — to take stock of compliance and try to commit to further steps — are supposed to happen every five years. The upcoming one was initially scheduled to start in April 2020, when the pandemic had prompted lockdowns and shutdowns around the globe. The year marked the 50th anniversary of when the treaty entered into force.

Nearly two years later, the virus’ extremely contagious omicron variant is fueling another spike in cases in New York and elsewhere. Over 168,000 people people tested positive for the coronavirus in New York City in the seven days that ended Monday, compared to about 77,000 the week before and 25,000 in the week that ended Dec. 13, New York state data show.

A growing number of U.N. headquarters staffers have tested positive for COVID-19, so the world body can’t provide all the services needed for a big in-person meeting and is worried about the risks to staffers and delegates, U.N. official Maria Luiza Ribeiro Viotti, wrote to Zlauvinen.

“Our considered view is that it will be safer for delegates and staff alike” if the conference moves online or gets delayed to accommodate in-person participation, wrote Viotti, who is Secretary-General Antonio Guterres’ chief of staff.