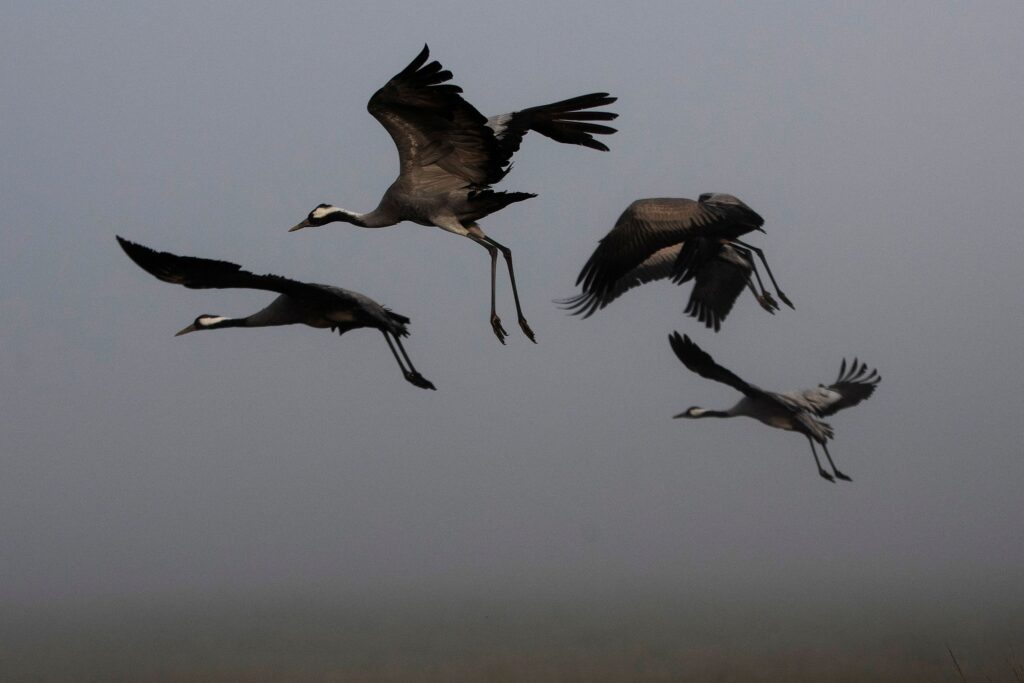 There is a real danger of the bird flu that has been decimating migrant cranes and chickens in the north could be transmitted to humans, an Israeli epidemiologist said on Wednesday.

Prof. Amnon Lahad, chairman of Israel’s National Council for Community Health, told The Times of Israel: “The widespread nature of the avian flu is very concerning, especially given that it is infecting chickens and not just wild birds. It’s made the move from wildlife to stock animals, and I’m hoping it won’t make the next step to humans.”

Although avian flu usually don’t infect humans, the possibility is there, he said.

If it does occur, it would likely not be through eating infected meat or eggs that come from an infected bird, said Lahad. This is because influenza, like the coronavirus, normally enters the body through the respiratory tract, not the gut.

However, he warned, “it could be transmitted through contact with sick birds — not from touching or eating them, but rather through the same method we know from COVID, namely droplets passing into the respiratory system,” he said.

Meanwhile, the Health Ministry on Wednesday again warned the public to avoid coming in contact with sick or injured birds, and to not hunt such animals. The Environmental Protection Agency is reportedly planning to suspend the current hunting season due to the flu.

The ministry advises that “care should be taken to thoroughly cook eggs and chicken, maintain hygiene and wash hands after contact with the meat or eggs.”

The authorities have been culling chickens in the affected areas, the standard response but which does not ensure the end of infection.

“This culling is the most that people can do, but nothing gives guarantees,” Tel Aviv University ornithologist Prof. Yossi Leshem told The Times. “The flu can carry on spreading among birds, and could spread to humans.”