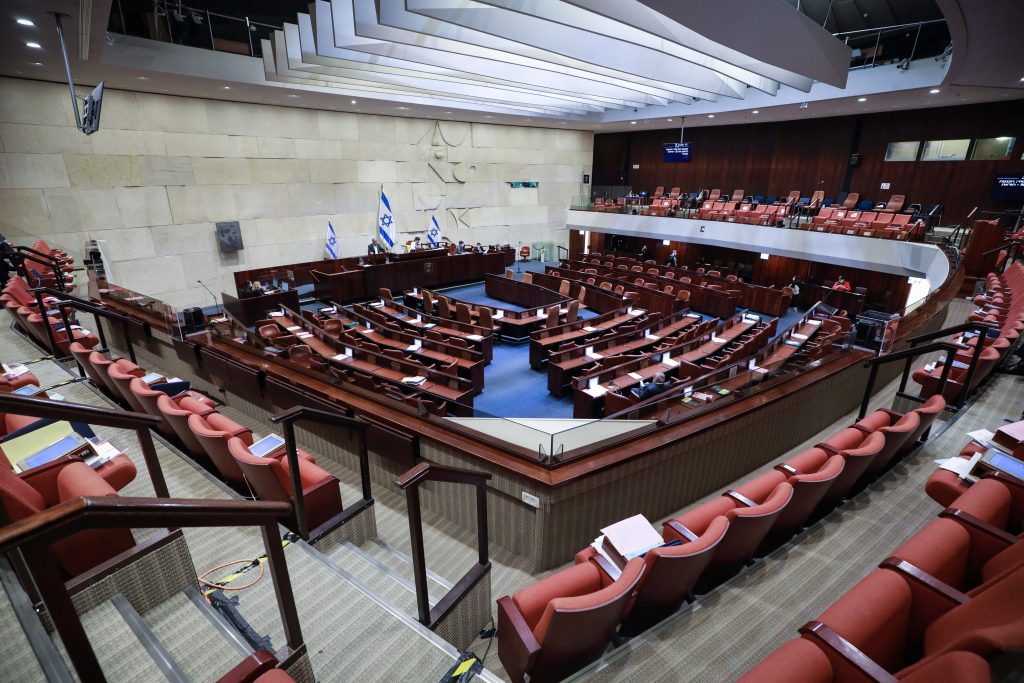 A dramatic development in the Knesset on Wednesday, when due to opposition from members of the Isalmic Ra’am party to the conversion outline raised by MK Yulia Malinovsky (Yisrael Beytenu), and after pressure from chareidi MKs on MKs from Ra’am, the Knesset vote on the conversion law was postponed. According to reports, MK Nir Orbach also opposed the outline, which Minister of Religions Matan Kahana is promoting together with Malinovsky.

Commenting on the decision to postpone the vote on the conversion reform, UTJ MK Rabbi Moshe Gafni expressed the hope that after the postponement, the government will still find itself without a majority.

“I hope that they will not become guilty of passing this bill,” Rabbi Gafni said. “The attempts of this ‘Erev Rav’ government to dismantle Judaism will not succeed – they will not gain a Knesset majority, just as they did not manage today. I hope that a majority of the MKs will vote against this bill in another two weeks.”