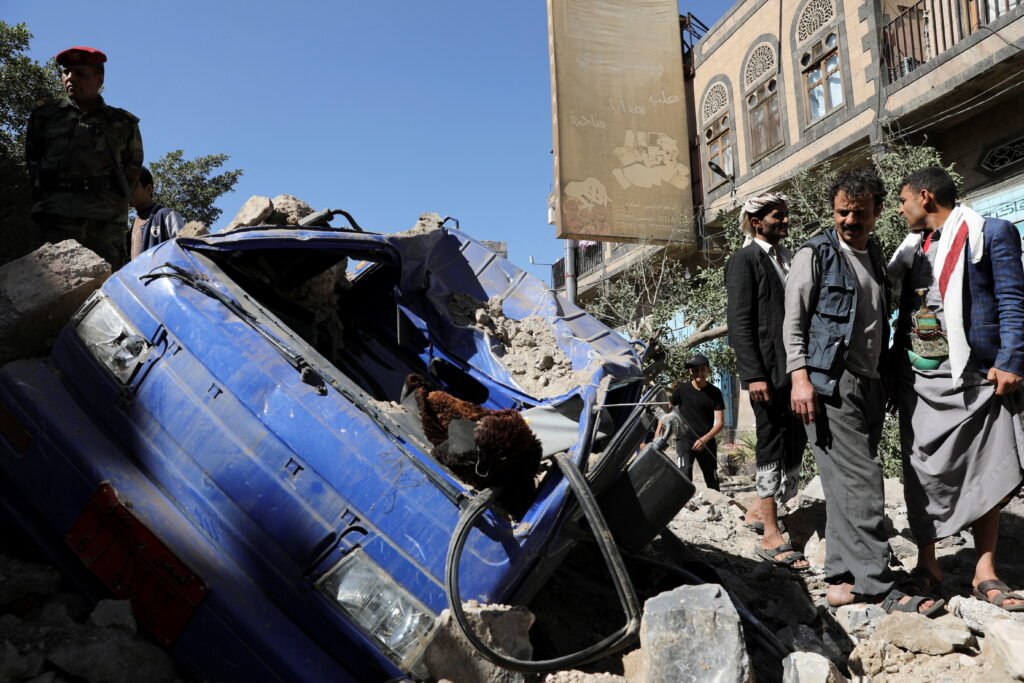 The Iran-backed rebels in Yemen said Tuesday they are temporarily allowing U.N. humanitarian flights to land at the airport in the capital, Sanaa, following a weeklong halt in flights into the northern, rebel-held territory.

The rebel Houthis, who control Sanaa and much of Yemen’s north, had barred U.N. and other humanitarian flights from landing at the airport amid heavy airstrikes by the Saudi-led coalition on the capital and Houthis’ cross-border missile and drone attacks on the kingdom.

At the time, the U.N. food program said the Houthis claimed the airport had become “unserviceable due to technical issue.”

The rebels accused the Saudi-led coalition of blocking the arrival of new air traffic control equipment. The coalition has been fighting to restore Yemen’s internationally recognized government to power and maintains an air, land and sea blockade of Sanaa and the north.

The Sanaa airport “is ready to receive flights” from the U.N. and other international humanitarian agencies, the Houthis said Tuesday. They also urged the United Nations to help facilitate the arrival of the air control equipment from Djibouti.

Yemen’s war erupted in 2014, when the Houthis seized Sana and forced the government into exile in Saudi Arabia. The coalition entered the conflict in March 2015.

The U.N. envoy to Yemen, Hans Grundberg, denounced the latest uptick in fighting in Yemen, particularly the continued Houthi offensive on the government-held city of Marib.

“The escalation in recent weeks is among the worst we have seen in Yemen for years and the threat to civilian lives is increasing,” he said.

Grundberg also voiced concerns over deadly coalition airstrikes on Sanaa and the Houthi attacks on Saudi Arabia, and urged the warring sides to engage with U.N. efforts to de-escalate the violence, address urgent humanitarian needs and launch a political process to end the conflict.

Over the past years, the war has created the world’s worst humanitarian crisis. More than half of the Yemen’s population of 16.2 million people faces acute hunger, with 2.3 million children at risk of malnutrition, according to the U.N. food agency.

The World Food Program said earlier this month it would reduce its assistance to 8 million people starting from January due to lack of funds. It said those people would receive barely half of what they currently get from the agency, while 5 million others who are “at immediate risk of slipping into famine conditions” would continue receiving WFP’s full rations.

“Desperate times call for desperate measures and we have to stretch our limited resources and prioritize, focusing on people who are in the most critical state,” said Corinne Fleischer, WFP’s regional director.

She said the agency’s stocks “are running dangerously low,” urging donors to step up their contributions “to avoid this looming hunger catastrophe.”

The WFP said it needs $1.97 billion in 2022 to continue to deliver vital food assistance to families on the brink of famine in Yemen.