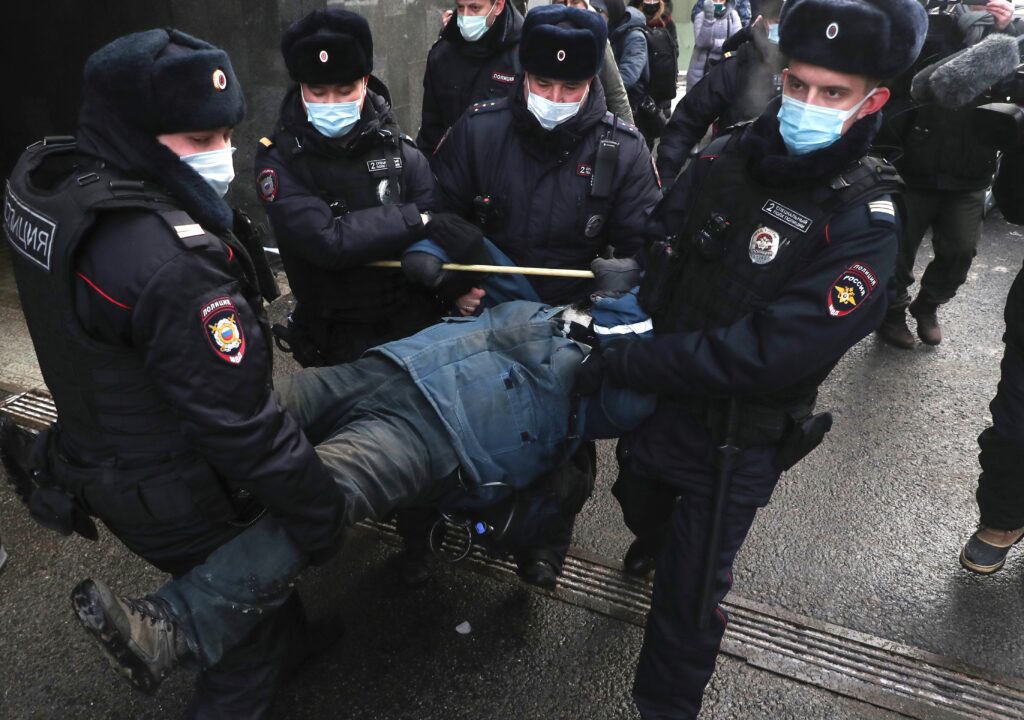 Russia’s Supreme Court on Tuesday ruled that one of the country’s oldest and most prominent human rights organizations should be shut down, a move that stirred up much public outrage and is the latest step in a months-long crackdown on rights activists, independent media and opposition supporters.

The Prosecutor General’s Office last month petitioned the Supreme Court to revoke the legal status of Memorial — an international human rights group that rose to prominence for its studies of political repression in the Soviet Union and currently encompasses more than 50 smaller groups in Russia and abroad.

The court on Tuesday ruled in favor of the prosecution, which charged at the hearing that Memorial “creates a false image of the USSR as a terrorist state, whitewashes and rehabilitates Nazi criminals.”

A video posted by the independent Mediazona news outlet showed a large crowd of people in front of the courthouse chanting “Shame!” in response to the ruling.

Memorial was declared a “foreign agent” in 2016 — a label that implies additional government scrutiny and carries strong pejorative connotations that can discredit the targeted organization. In their lawsuit to shut it down, prosecutors alleged that the group repeatedly violated regulations obliging it to mark itself as a foreign agent, and tried to conceal the designation.

Memorial and its supporters have maintained the accusations are politically motivated, and the organization’s leaders have vowed to continue their work even if the court shuts it down.

Pressure on the group has sparked public outrage, with many prominent figures speaking out in its support this month. Several people were reported detained on Tuesday for picketing the courthouse.

Russian authorities in recent months have mounted pressure on rights groups, media outlets and individual journalists, naming dozens as foreign agents. Some were declared “undesirable” — a label that outlaws organizations in Russia — or accused of links to “undesirable” groups, several were forced to shut down or disband themselves to prevent further prosecution.

On Saturday, the authorities blocked the website of OVD-Info — a prominent legal aid group that focuses on political arrests — and urged social media platforms to take down its accounts after a court ruled that the website contained materials that “justify actions of extremist and terrorist groups.” The group rejected the charges as politically driven.

In a statement Tuesday, OVD-Info condemned the ruling to shut down Memorial. “Memorial is an institution of national memory about the times of the Great Terror and Soviet repressions. To shut down such an institution is to publicly justify Stalin’s repressions,” the statement read. “It is a clear signal both to the society and to the elites: ‘Yes, repressions were necessary and useful to the Soviet state in the past, and we need them today as well.’”