Community One Thousand Miles for One Neshama
Community 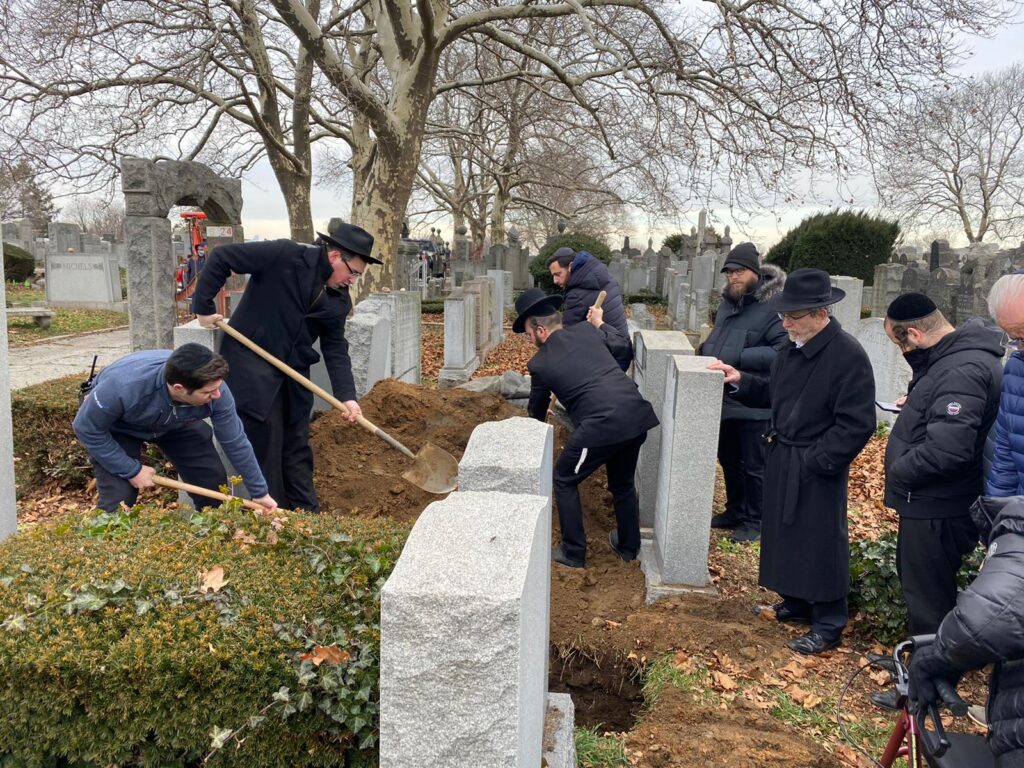 Misaskim volunteers drove a thousand miles in less than a day, at times braving inclement weather, to save a Jewish body from being cremated.

Shlomo, a secular Jew, passed away in Toronto on Friday, and his wife arranged a cremation. But Shlomo has two frum nephews who were determined to see him brought to proper Jewish burial.

One of the nephews, who lives in Eretz Yisroel, called Rav Kopelman of the Neshama Foundation for help, and together, they pleaded with Shlomo’s widow to allow him to have a proper Jewish burial. She agreed, but on one condition – he would have to be buried near his parents, in Mount Judah Cemetery in Queens.

Neshama Foundation reached out to a Brooklyn chapel, which contacted Misaskim.

With numerous flights in North America canceled due to airline staff sick with COVID, the quickest way to get the body to New York was by driving. But while Misaskim has a team in Toronto, if its members would have left Canada to bring the niftar to New York, they would have been subject to a ten-day quarantine upon reentering Canada.

Instead, two Misaskim members from Brooklyn — Yankie Meyer, the organization’s head, and Yanky Landau — set out to make the round trip to Canada, and in haste, to ensure a speedy kevurah.

With the necessary negative PCR tests and vaccine cards in hand, the pair left New York at 4:30 a.m. Monday, and davened Shachris on the way in Kiryas Joel. They arrived at the Canadian border in Niagara Falls at 12:40 p.m.

“When we were asked the purpose of the visit, we said a person of our faith had passed away and we were coming to bring him for burial quickly,” Meyer recalled, in an interview with Hamodia on Tuesday. “In fact, we told him we couldn’t waste any time, and would be crossing the border back to America in under an hour. The guy asked us again, ‘Where did you say you were from?’ He was amazed that religious people had driven up all the way there and were driving right back just to bring a body to burial a little sooner.”

Yankie and Yanky drove to Chabad of Niagara Falls, Canada, where they rendezvoused with the Toronto Miasaskim members, who brought the aron at 1:10 p.m. After filing the paperwork for transfer of the deceased, by 1:30 p.m., fifty minutes after crossing into Canada, they were back on line at the border to return to the United States.

Meyer and Landau intended to daven mincha in Rochester yeshiva at 3 p.m., but their GPS indicated they would be around eight minutes late. They called the menahel, Rabbi Yoni Polatoff, and “being appreciative of what we were doing, he said they would wait for us to get there,” Meyer says.

They arrived at 3:09, and davened with the yeshiva. After a quick hot coffee, which, Meyer notes, “was very much appreciated,” they were back on the road.

As they were on the Thruway in the area of Albany, they encountered snow, sleet and freezing rain. But on they drove.

Finally, at 9:05 p.m., 16 hours and 35 minutes after leaving Brooklyn, the Misaskim vehicle arrived at Flatbush Jewish Funeral Services chapel, where the aron was unloaded and taharah was performed.

And at 11:00 a.m. Tuesday, a minyan of Queens Misaskim members laid Shlomo ben Meir to rest next to his parents at Mount Judah Cemetery.

“No matter how tired you get, the zechus of bringing another Yid to kever Yisrael is priceless,” Meyer says.

On Tuesday, Misaskim members prevented another cremation, driving round-trip to Philadelphia to bring a body for burial in Staten Island by the Hebrew Free Burial Society.

“Another few hundred miles traveled, another cremation prevented,” Meyer says. “The satisfaction of accomplishing something like this is just indescribable.