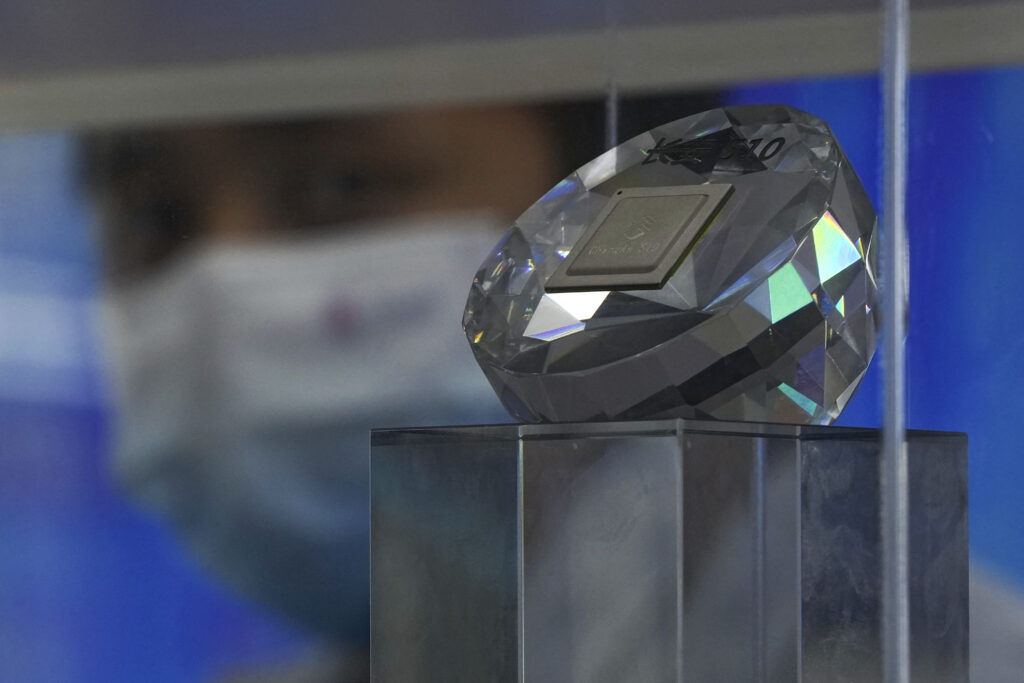 To help make China a self-reliant “technology superpower,” the ruling Communist Party is pushing the world’s biggest e-commerce company to take on the tricky, expensive business of designing its own processor chips — a business unlike anything Alibaba Group has done before.

Its 3-year-old chip unit, T-Head, unveiled its third processor in October, the Yitian 710 for Alibaba’s cloud computing business. Alibaba says for now, it has no plans to sell the chip to outsiders.

Other rookie chip developers including Tencent, a games and social media giant, and smartphone brand Xiaomi are pledging billions of dollars in line with official plans to create computing, clean energy and other technology that can build China’s wealth and global influence.

Processor chips play an increasingly critical role in products from smartphones and cars to medical devices and home appliances. Shortages due to the coronavirus pandemic are disrupting global manufacturing and adding to worries about supplies.

Chips are a top priority in the ruling Communist Party’s marathon campaign to end China’s reliance on technology from the United States, Japan and other suppliers Beijing sees as potential economic and strategic rivals. If it succeeds, business and political leaders warn that might slow down innovation, disrupt global trade and make the world poorer.

“Self-reliance is the foundation for the Chinese nation,” President Xi Jinping said in a speech released in March. He called for China to become a “technology superpower” to safeguard “national economic security.”

“We must strive to become the world’s main center of science and the high ground of innovation,” Xi said.

Beijing might be chasing a costly disappointment. Even with huge official investments, businesspeople and analysts say chipmakers and other companies will struggle to compete if they detach from global suppliers of advanced components and technology — a goal no other country is pursuing.

“It’s hard to imagine any one country rebuilding all of that and having the best technology,” said Peter Hanbury, who follows the industry for Bain & Co.

Beijing’s campaign is adding to tension with Washington and Europe, which see China as a strategic competitor and complain it steals technology. They limit access to tools needed to improve its industries.

If the world were to decouple, or split into markets with incompatible standards and products, U.S.- or European-made parts might not work in Chinese computers or cars. Smartphone makers who have a single dominant global operating system and two network standards might need to make unique versions for different markets. That could slow down development.