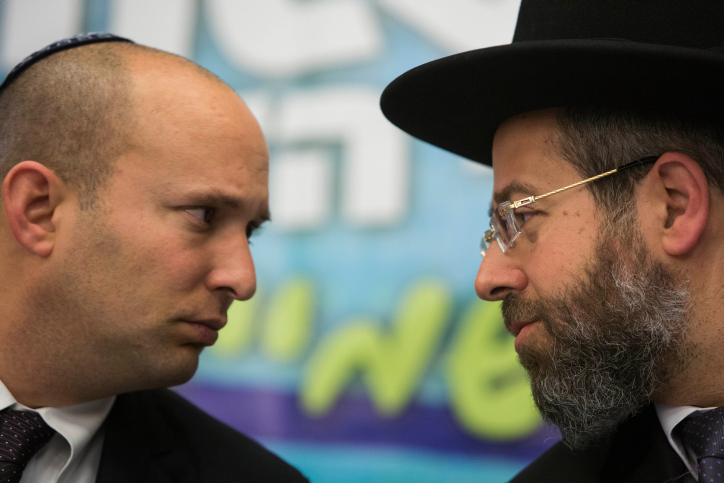 In a letter sent to Prime Minister Naftali Bennett, Chief Rabbi of Israel Rabbi David Lau clarified that the conversion reform would lead him not to sign any more convert certificates.

The Chief Rabbi also wrote that “the termination of the term of office of the person in charge of implementing the halachic guidelines is meant to severe the connection between the conversion system and the Chief Rabbinate. It will cause the severance and removal of the halachic responsibility for what is done in the conversion system,” wrote Rabbi Lau.

He added, “Unfortunately this step is part of the dangerous trend of advancing the conversion outline that is on the table these days. I reiterate, the proposed conversion outline will cause a significant rift in the people of Israel that will not be reconciled. Implementing the proposed conversion outline will split the Jewish people, and in the future it will deal with the difficult question of ‘who is a Jew’, with whom one can marry and with whom one cannot, and result in a terrible situation of two states for two peoples, a divided Judaism instead of a united Judaism.”

MK Rabbi Yaakov Asher of UTJ said, “Minister Kahana’s announcement against the decision of Ashkenazic Chief Rabbi Lau and the Sefardic Chief Rabbi Yosef on the issue of conversion, in which he calls the current judge as head of the conversion system in Israel as a ‘clerk’, as if immigration is a minor technical procedure and not the core of our people, indicates worrisome ignorance on the issue. Matan, Judaism is not subject to a coalition sale and conversion is not a procedure, absolutely not!”

In response to the announcement by Rabbi Lau that he will not sign conversion certificates if the conversion outline passes, MK Rabbi Yitzchak Pindrus stated, “The Minister of Religion and the Prime Minister continue the campaign to delete the definition of the State of Israel as a ‘Jewish state.’”

“The lawless conversion outline they are promoting will lead to an indelible rift in the people of Israel and the division of the people into communities and genealogies. The decision of Chief Rabbi Lau is testimony like a thousand witnesses that the waters have come to a head in the attempt to crush the Chief Rabbinate. I support his brave decision.”

Rabbi Moshe Gafni of UTJ added, “The people of Israel stand by Rabbi Lau, shlita, in his announcement that he will not sign a conversion certificate if they promote the false conversion outline, and if they fire those who currently head the conversion system.

“The firm stand of the Rabbi preserves the ‘Vineyard of the Jewish Nation’ and prevents the severe violation of the purity of the pedigree of the people of Israel.”