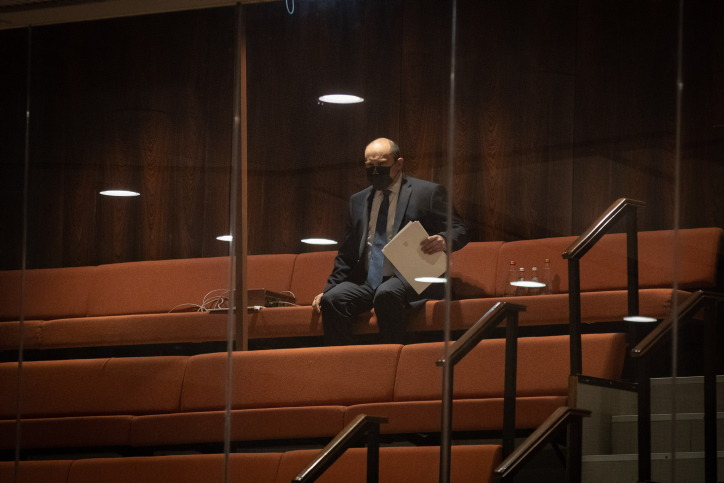 Israeli Prime Minister Naftali Bennett renewed on Tuesday his warnings about the oncoming Omicron crisis, declining to rule out a nationwide lockdown if he feels it necessary.

Bennett predicted that the country will have to endure an unprecedented “storm of coronavirus infection, on a scale that we have not seen in Israel before,” during interviews with Army Radio and KAN News.

“The storm will happen – we cannot prevent it,” Bennett said. “What we can do is give every human being protection.”

He confirmed that Israel expects to take delivery of an initial shipment of the anti-COVID pill from Pfizer on Wednesday, which will make it the first country outside the U.S. to obtain the medication.

The Health Ministry granted emergency approval Sunday to oral therapy Paxlovid, which has shown a nearly 90 percent reduction in hospitalizations and deaths among patients most likely to suffer severe illness.

Israel has contracted with Pfizer for the purchase of 100,000 Paxlovid pills, which will be made available to high risk groups, according to Channel 12.

Sources close to Bennett said that he has a good relationship with Pfizer CEO Albert Bourla, which presumably facilitated the deal, but “doesn’t make a lot of press conferences about it,” in a swipe at former prime minister Binyamin Netanyahu, who trumpeted his personal relationship with the Big Pharm executive when he secured an early supply of the Covid vaccine.

Regarding the latest relaxation of quarantine regulations, Bennett explained that it was necessary, otherwise the country would have go into a “de facto lockdown.”

“We saw what was happening abroad and understood that if we stuck to what we were doing with regards to quarantine policy… we would have been in a de facto lockdown of 1 to 2 million people,” he said.

He claimed that the country’s controversial travel bans—keeping Israelis in the country and foreigners out—bought five weeks of breathing room before the expected onslaught of the Omicron variant and will allow the economy to keep going.

“This gave us an advantage over other countries, which are fighting Omicron and Delta at the same time. The alternative was to act like Holland, with