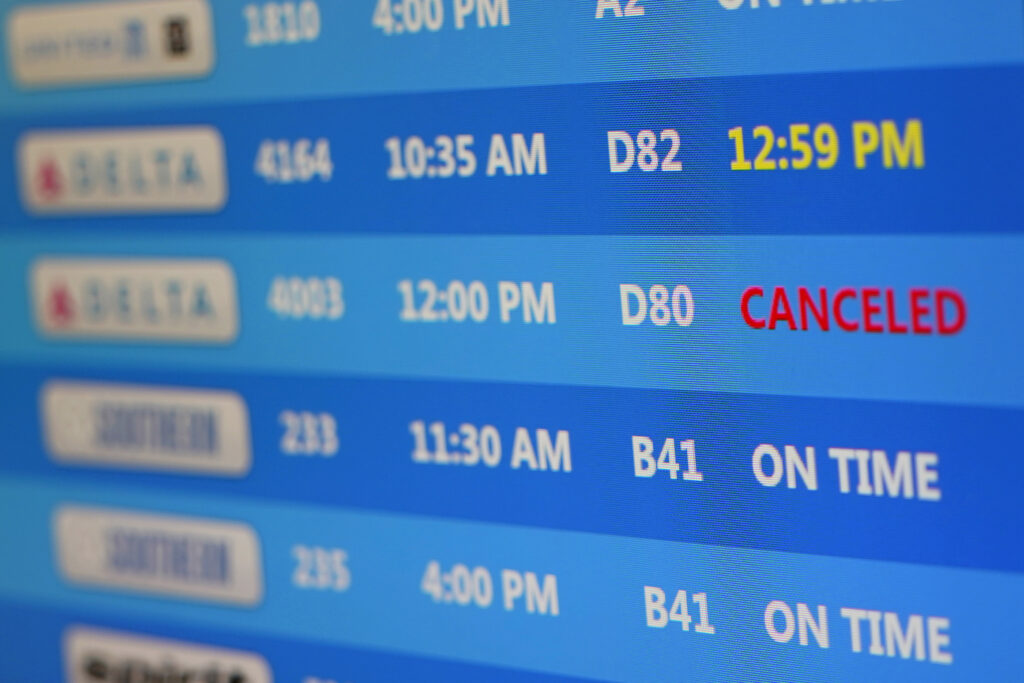 Flight disruptions triggered by weather and coronavirus-related staffing shortages appeared to ease slightly Tuesday, but still amounted to more than 800 cancellations, stranding holiday travelers across the country as many try to return home.

The cancellations are down from Monday, when more than 1,400 flights – including domestic trips and flights in and out of the United States – were scrubbed, according to FlightAware. But the number of cancellations could grow over the course of the day.

Across the country, airlines are trying to reschedule hundreds of delayed and canceled trips for passengers scrambling to get home after the holidays. The fast-spreading omicron variant of the coronavirus began to overwhelm airlines in late December, teaming with pockets of wintry weather to disrupt flight schedules as millions of Americans traveled for the holidays.

New Centers for Disease Control and Prevention guidance on isolation issued Monday could provide some relief, getting pilots and flight attendants back to work more quickly after testing positive.

Just over 2 million people flew Monday, according to the Transportation Security Administration – a robust figure in the pandemic era, and a continuing sign that the virus is not deterring people from getting on planes.

Between December 24 and Monday, cancellations increased by the hundreds each day, going from more than 600 on December 24 and cresting at around 1,400 on Sunday before slightly diminishing Monday and Tuesday, according to FlightAware.

The cancellations come as the travel industry attempts to recover from the pandemic, which choked off air travel and forced airlines to rely on tens of billions of dollars in federal aid. With passenger counts over the Thanksgiving holiday approaching 90% of 2019 levels, airlines were optimistic about a rebound at the end of the year, only for many to be caught flat-footed by the virus’ latest variant, which has sent U.S. infections soaring.

Delta Air Lines, which led the industry’s push for the change, said late Monday it was working to implement the new guidance and that it should give the airline more flexibility to schedule crews.

“This is a safe, science-based and more practical approach based on what we now know about the omicron variant,” said Henry Ting, the airline’s chief medical officer.

Unions had voiced concern about changing the standards.

On Monday, Sara Nelson, president of the Association of Flight Attendants, said she was concerned that the CDC had set a guideline that was so closely aligned with the request from business leaders.

“If any business pressures a worker to return to work before they feel better we will make clear it is an unsafe work environment, which will cause a much greater disruption than any ‘staffing shortages,’ ” Nelson said in a statement.

As of 10:30 a.m. Tuesday, airlines reported more than 800 flights in and out of the country as canceled, with an additional 1,100 delayed.

Airlines across the industry continued to struggle, according to FlightAware. But Seattle-Tacoma International Airport saw a third day of heavy cancellations after snowfall Sunday.