A Jewish man was allegedly attacked in Bay Ridge by an assailant incensed over his Israel Defense Forces sweatshirt.

Blake Zavadsky and Ilan Kaganovich, 21-year-old college students, were waiting outside the Foot Locker on 86th Street in Bay Ridge, just before the store opened at 11 a.m. Sunday, when, they say, two men approached them.

One man allegedly asked, “Do you mess with the dirty Jews?” and then, referencing Zavadsky’s IDF hoodie, said, “You have five seconds to take off that sweatshirt or I’ll rock you.”

The man then asked, “What are you doing in my neighborhood?” Zavadsky told Hamodia on Monday.

“We were ignoring them, trying to back off slowly,” Zavadsky said. “Then he punched me near my right eye. I grabbed my face, then moved my hand back down, and then he punched me again in the face.”

Meanwhile, the other man warned Kaganovich that if he tried to defend Zavadsky, he would be hit, too.

The assailant then poured his iced coffee on Zavadsky’s sweatshirt.

“I hate that we have to go through this, and I hope no one goes through what we did,” Kaganovich told Hamodia. “People should stop hating each other.”

Zavadsky said he purchased the sweatshirt while on a trip to Israel in 2019, and wears it frequently. Zavadsky and Kaganovich said this is the first time they have ever experienced antisemitism.

“These boys’ families [left] the former Soviet Union precisely because of incidents such as this one,” said the victims’ councilwoman, Inna Vernikov,  herself a Ukrainian immigrant. “We [came] to this country for freedom of religion, and here we go again, getting beaten up in broad daylight in the middle of Brooklyn, New York, in the United States of America, in 2021.”

New York Gov. Kathy Hochul tweeted about the incident, “This is abhorrent and unacceptable. Antisemitism & all hate has no home in New York.”

The Anti-Defamation League is offering a reward of up to $5,000 for information leading to the arrest and conviction perpetrator.

The incident is being investigated by the NYPD’s Hate Crimes Task Force.

Below are images of the alleged perpetrator, captured from surveillance video. 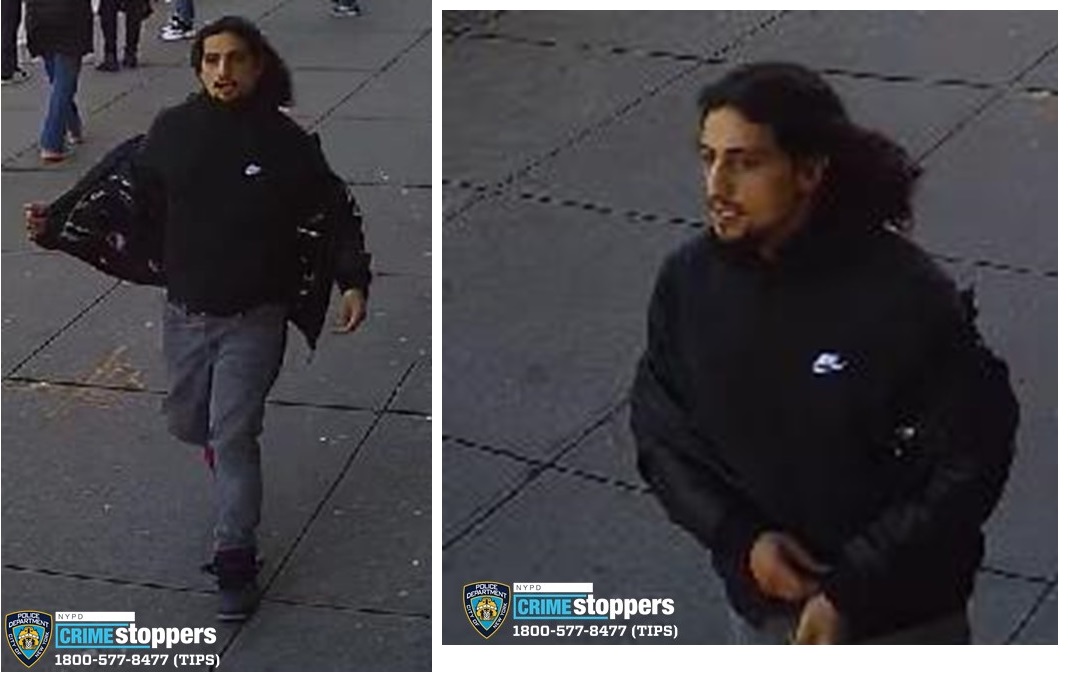