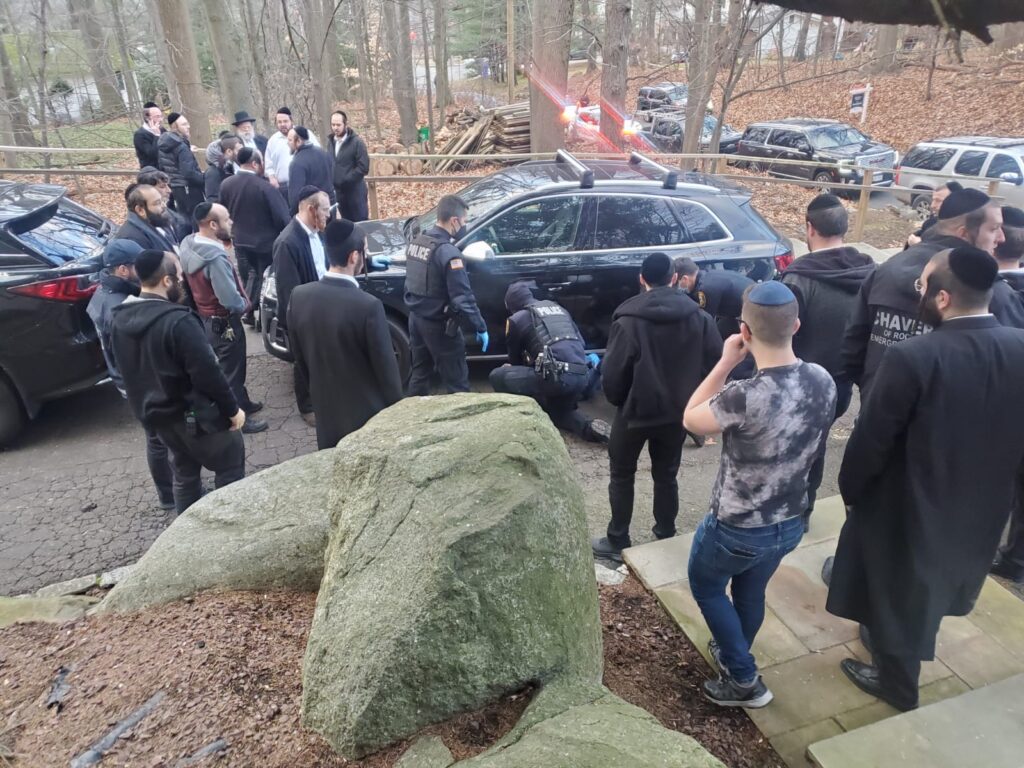 A Jewish homeowner in Rockland who hired a landscaper to tend to his lawn was attacked and wounded by a worker who was called in by the landscaper.

The victim had called in the landscaping company to clean up his lawn and the proprietor called in a worker to complete the job and left the site, without telling the homeowner that he was sending in a worker.

Several minutes later, the homeowner exited his house to move his car which was parked in his driveway when a person showed up and demanded entrance so he could use the bathroom. Not knowing who this person was, the homeowner denied him entry and went up the stairs of his house.

The worker, who seemed to be intoxicated, pulled out a pair of scissors and began assaulting the homeowner. When his wife saw her husband being attacked, she called her son-in-law, a member of Chaveirim of Rockland, who arrived as the perpetrator was attempting to throw his father-in-law over the railing of the second floor porch. He immediately called for backup and went to assist his father-in-law.

As the son-in-law tried to intervene, the perpetrator began fighting with him and started biting him, causing a swelling of his arm but no puncture wound. Chaveirim members arrived and managed to subdue the attacker while working to calm the situation until Ramapo Police arrived.

The police needed assistance of the Chaveirim members to cuff the perpetrator. “It was obvious that he was on some sort of substance, and it took quite a bit of time and strength to put the cuffs on him,” an onlooker told Hamodia.

Escorted by Ramapo Police, EMS transported the perpetrator to the hospital where he is under observation.

The victim was checked out by Hatzolah of Rockland and his injuries were determined not to be serious, and is being treated by his private doctor.