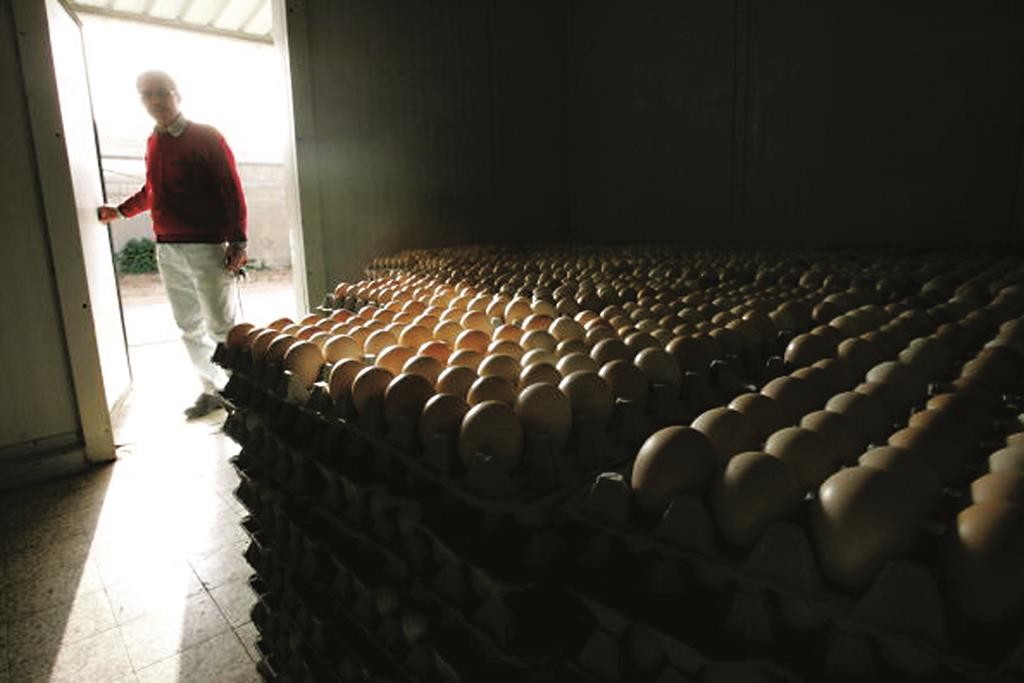 The Agriculture Ministry announced that hundreds of thousands of chickens in northern Israel would be culled, amid a spread of the fatal H5N1 bird flu virus in chicken coops in Moshav Margaliot on the Lebanese border.

According to the ministry, 320,000 laying hens near Margaliot are to be culled in the coming days, in addition to the 244,000 that have been killed in the town over the past week.

The move is expected to cause a shortage of some 14 million eggs, out of the 200 million eggs Israelis consume each month.

The ministry also stated that it was concerned about the possibility of people being infected with the virus via the coops that are adjacent to homes in the moshav.

According to the ministry, the farmers there failed to report in real-time the rising numbers of poultry deaths, leading to the virus spreading rapidly.

Many of the chickens were dead by the time ministry inspectors arrived. In one coop, only 70 chickens were found alive out of 2,000.

The farm has been sealed off, as well as facilities receiving eggs from it.

On Thursday, the Israel Nature and Parks Authority said one in five of the wild cranes living in or migrating through Israel have been infected with the bird flu, with authorities expecting to have to remove 25 to 30 tons of carcasses.

Around 100,000 cranes visit the Hula Valley in northern Israel annually, with some 40,000 staying in Israel until early March, when they join those returning from Africa to fly north to Europe and Asia to nest.

After touring the valley on Thursday, the Parks Authority’s temporary director, Raya Shourky, said inspectors were checking the whole Hula Valley for evidence of the virus and widening their search to water bodies in the Jezreel and Zevulun Valleys, the Valley of Springs, and the Carmel Coast.

The greatest number of casualties seems to be in the Hula Valley Reserve, Shourky said, because cranes are so highly concentrated there. Regular feeding will continue, to stop them from moving elsewhere, she said.

Agriculture Minister Oded Forer has described crowded chicken coops as “a ticking time bomb” that need to be moved from communities to isolated breeding complexes with strict biological safety levels.

Plans to do so were approved in 2007, but never implemented.

According to Agriculture Ministry figures, 93% of chicken coops meet neither the sanitation nor animal welfare requirements of the Israel Veterinary Services.

While more than half of the European Union’s laying hens are now raised in cage-free coops, the figure for Israel is only 3.2%, according to Poultry Industry Council figures, with the rest crammed tightly into cages.