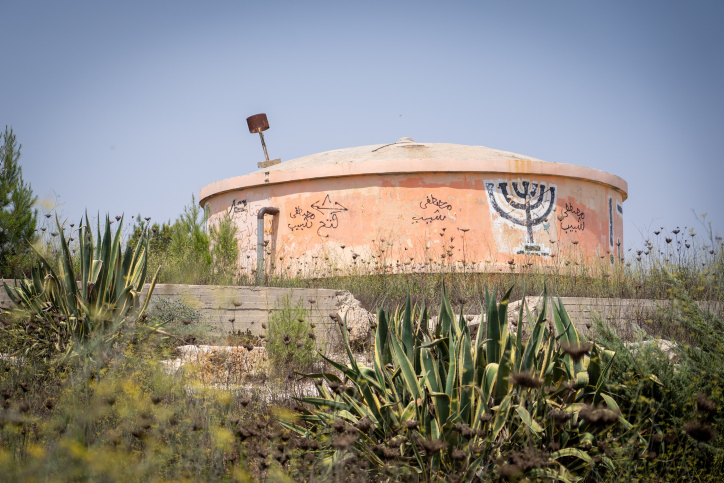 Right-wing MKs expressed outrage on Friday after security forces demolished several buildings – including the yeshivah – in the Chomesh outpost in the Shomron just hours after a memorial service was held in honor of resident Yehuda Dimentman, Hy”d, who was murdered last week in a terrorist shooting attack.

The Religious Zionist Party said in a statement, “The tens of thousands of Jews who went up to Chomesh … expressed the values of devotion and belief in the righteousness of the path. In contrast, [Prime Minister Naftali] Bennett, [Interior Minister Ayelet] Shaked, [Yamina MK Nir] Orbach, [Religious Services Minister Matan] Kahana, and their associates expressed the complete opposite: the loss of values, selfishness, deceit and falsehood.

“They understand that the energies of the devoted public who went up to Chomesh and with them the public that believes – traditional, Orthodox, secular – can overthrow the government they formed with the extreme Left and terrorism-supporting Arabs.”

“Like [former Prime Minister Ariel] Sharon did in his time, so too Bennett and Shaked swapped sides. They will do everything, and we mean everything, to protect their seats. Including destroying settlements in Israel. The destruction is meant to weaken and hurt, but we will persevere.”

Otzma Yehudit head MK Itamar Ben-Gvir said, “Bennett rewarded the murderer and deceived the family that mourned with the entire people of Israel. The demolition in Chomesh is a sign of victory for the murdered, who make a V sign with their hand and go to jail with a sense of triumph. What is worse is that Bennett had promised the bereaved families he would work against the demolition of Chomesh. If Bennett is unable to prevent the demolition, then he does not deserve to be prime minister for even one minute.”

Echoing similar sentiment, the Shomron Regional Council said, “This morning’s destruction gives a boost to terrorists who want to harm us. We demand that the government not give in to this disgrace and immediately change its policy.”

On Monday, Dimentman’s widow, Ettya, sent a letter to Bennett urging that Chomesh not be demolished.

“Don’t complete what the terrorists didn’t, don’t destroy what we have built at Chomesh,” she implored. “Don’t kill my life’s work, that of Yehuda and our friends at Chomesh.”