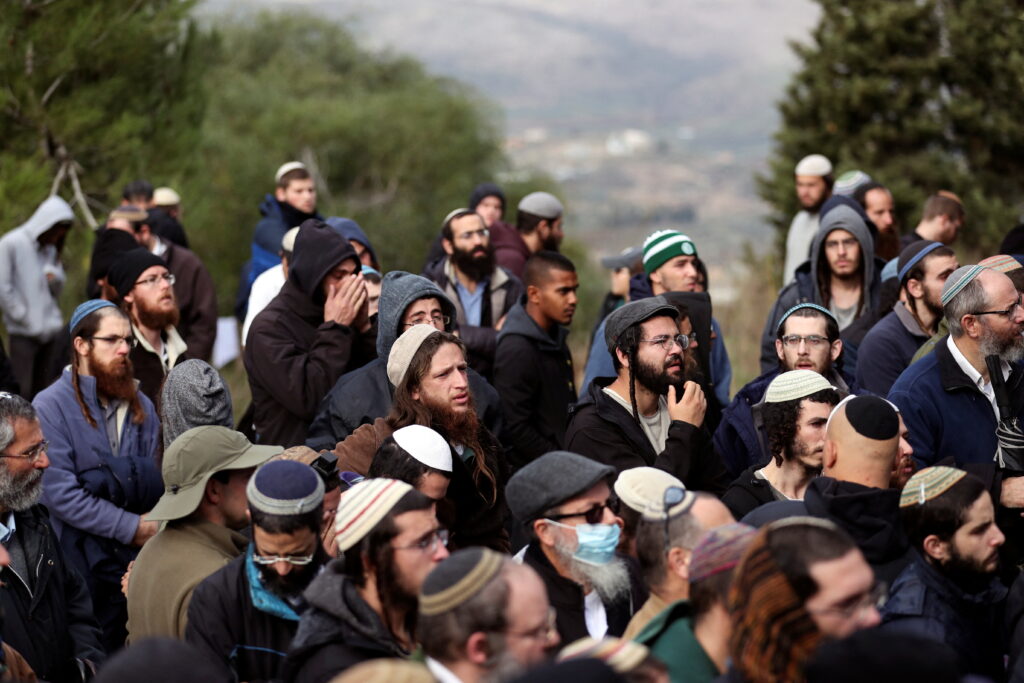 Several thousand Israelis demonstrated Thursday in the northern Shomron, calling on the government not to demolish a yeshivah at the Chomesh outpost after Yehuda Dimentman, Hy”d, who learned in the yeshivah was killed in a terror shooting last Thursday night.

Among the demonstrators were Shas MK Moshe Arbel and several MKs from the far-right Religious Zionism party.

The rally comes at the end of the shivah for Yehuda Dimentman and days after his widow, Etya Dimentman, yblc”t, urged Prime Minister Naftali Bennett to prevent the demolition of the yeshivah.

On Wednesday night, the Knesset rejected a declaration to legalize the Chomesh yeshivah and roughly 70 other outposts in Yehudah and Shomron.

The yeshivah has existed illegally at the site of the former Chomesh community in the Shomron for over 15 years. Chomesh was one of the four communities in northern Shomron destroyed in the 2005 Disengagement.

The IDF announced plans to evacuate the yeshivah after the shivah ends.

The declaration that was voted down stated that evacuation of the yeshivah would be an additional act of injustice, saying it “would be a prize to terror and a serious retreat from territory in the Land of Israel.”

Also on Wednesday night, more than 100 rabbis of the national-religious camp signed a letter calling on the government to let the yeshiva stand.

The family spoke directly with Defense Minister Benny Gantz about authorizing the continuance of the yeshiva, when he paid a shiva call.

Likud MK Yuli Edelstein has requested that the Knesset reconvene the Homesh First Caucus, first created in the aftermath of the initial 2005 Disengagement to discuss rescinding the destruction of Homesh and three other communities in the Shomron that were evacuated at the time.

Yisrael Price contributed to this article.