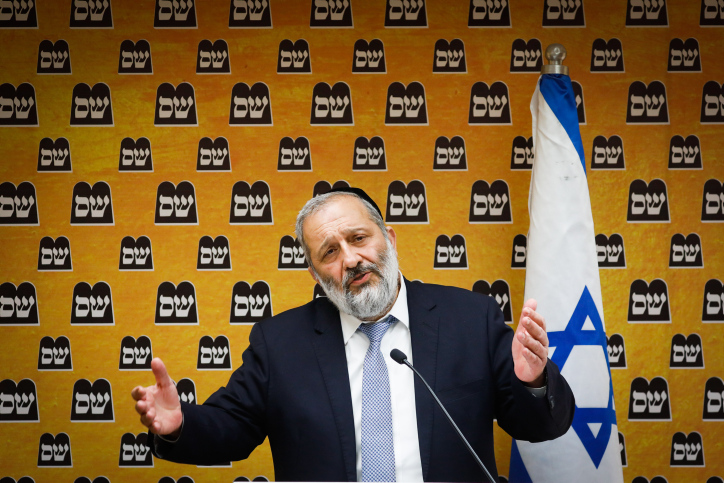 Attorney General Avichai Mandelblit’s office announced Thursday that Shas leader Rabbi Aryeh Deri will be indicted as part of a plea deal, admitting to a pair of tax offenses in exchange for resigning from the Knesset and paying a NIS 180,000 ($57,000) fine.

Mandelblit, who filed the charges, stated that he will not claim Rabbi Deri acted on the grounds of “moral turpitude” – which would have seen the Shas leader banned from politics for seven years.

Mandelblit will retain the right to do so in the future if Rabbi Deri decides to return to politics.

“I have decided to take responsibility for mistakes made without malicious intent, in order to put the affair behind me. I will, however, continue to focus on my public activities and lead the Shas movement with full force and faith,” said Rabbi Deri, who is  expected to return to Knesset at the helm of Shas whenever next elections are called.

The plea deal came almost a year after Mandelblit announced he intends to file charges against Rabbi Deri for tax offenses only, despite the police’s recommendation that the Shas chairman be prosecuted for fraud and breach of trust, money laundering, obstruction of justice and perjury.