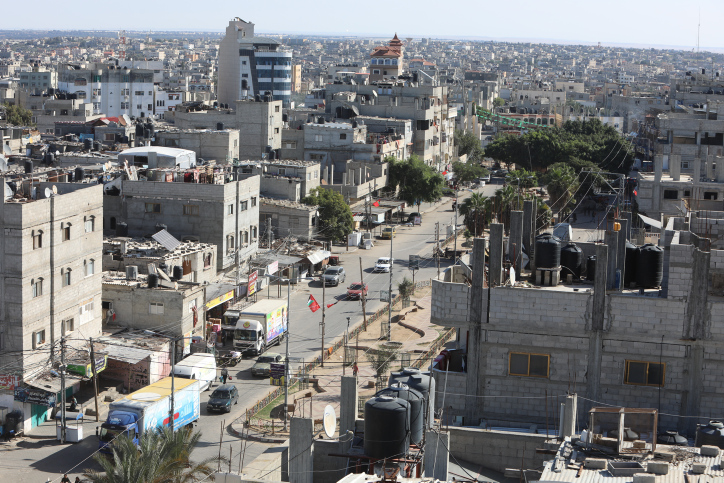 Most Palestinians blame their own leaders, not Israel, for the abysmal living conditions in the Gaza Strip, according to a poll released on Thursday.

The Palestinian Atlas Center for Studies and Research found that 45% of respondents hold the Palestinian Authority responsible for the perennial crises in the Gaza Strip, with 25% saying they hold Hamas responsible. Only 15% blamed Israel.

This despite frequent attempts by the PA, Hamas and the mainstream media to attribute their economic problems to the Israeli blockade of Gaza. The blockade, which is maintained to keep terrorists out of Israel and weapons from being smuggled in, is blamed either by implication or explicitly in virtually every news story about Palestinian economic problems.

Egypt, which also operates a blockade of Gaza, was also not perceived as a main culprit. Only 7% of respondents blamed Egypt for crises in the enclave.

The poll showed that pessimism remains prevalent, as a majority of Gaza residents believe that their living conditions will remain unchanged or will deteriorate.

Nevertheless, approval ratings were relatively high. No less than 87% of respondents in Gaza say they feel safe and secure under Hamas’s rule. Another 59% expressed satisfaction with the performance of Hamas-controlled government institutions.

Regarding the conflict with Israel, 47% of those surveyed voiced support for an “armed resistance” as the preferred method of restoring Palestinian rights.