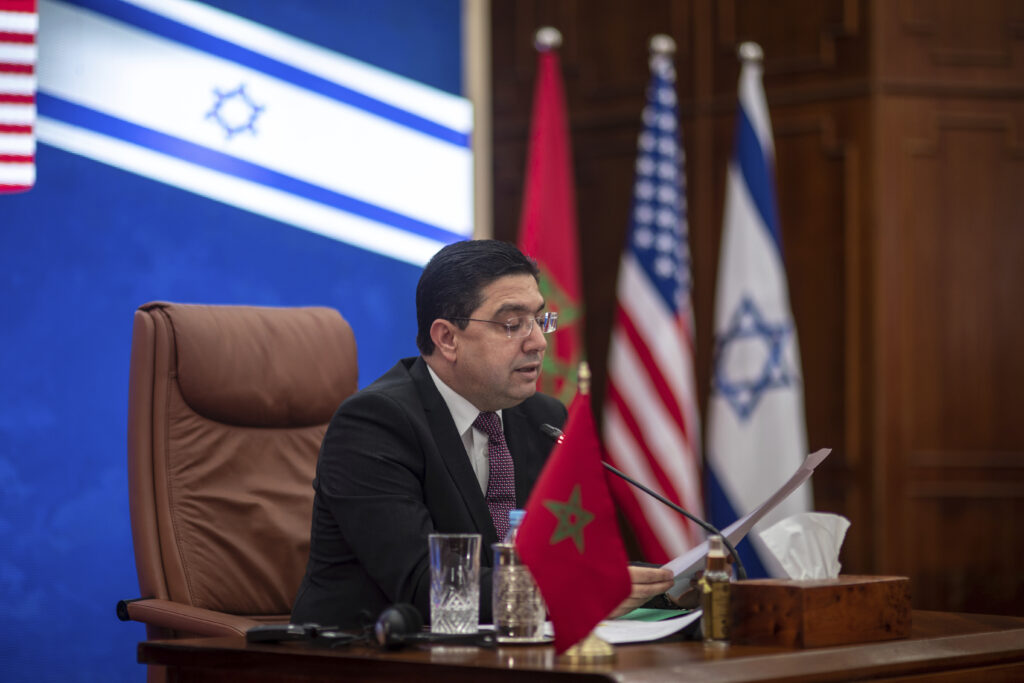 According to the AFP, the invitation was delivered during a video conference between Lapid, Bourita and U.S. Secretary of State Antony Blinken.

The three officials met virtually to commemorate the first anniversary of the peace treaty, brokered by the U.S. as part of the 2020 Abraham Accords. In the 2020 deal, Washington agreed to recognize Rabat’s sovereignty over the Western Sahara if it established diplomatic relations with Israel.

Since the signing of the agreement, Morocco went on to engage in several partnership ventures with Israel – like establishing direct flights between the two states and inking a defense cooperation memo.

Also on Wednesday, Blinken released a video message on his official social media account, praising the positive developments that shaped the newly established relationship between Israel and Morocco.

“We congratulate Israel and Morocco on the first anniversary of normalization of relations. This is an achievement that has deepened ties, partnerships and avenues to pursue shared goals. It is also a positive step for the region as we aim to widen the circle of peace,” he said, adding that the U.S. would continue to work towards expanding the Abraham Accords.

“We’re grateful for your continued efforts to deepen and strengthen the bond between two great partners and friends of the United States, and we’re committed to continuing our work together to build a more peaceful and prosperous region.”