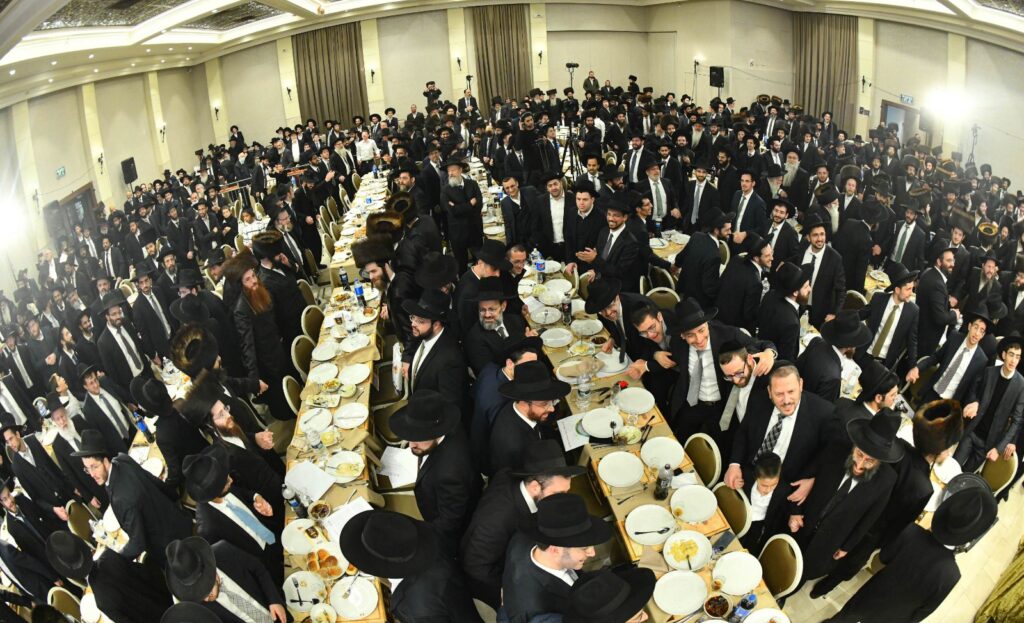 On Motzoei Shabbos Parashas Vayechi, a group of some 400 avreichim came with their families to Bnei Brak’s Wagshal Hall to be tested on the halachos of interest (ribbis). Afterward, they each received a heter horaah from the Beis Din of Harav Pinchas Vind, certifying them to instruct in these complex laws. Among the group were a contingent of avreichim from Mexico.

Emceeing the event was Rav Yeshaya Greenspan, who spoke of Rav Vind’s efforts to raise awareness of the laws of ribbis, comparing this to the Chazon Ish’s efforts concerning the mitzvah of Shemittah.

Raavad of the Bnei Brak Beis Din, Harav Sariel Rozenberg, spoke of the importance of studying halachah and of learning Torah as a group.

Harav Moshe Shaul Klein spoke of the awesome responsibility the newly appointed Rabbanim bear in dealing with these complex halachos, in which she’eilos invariably spread out over a number of sugyos.

Harav Chaim Feinstein spoke of the severity of these halachos, which apply to everyone and can very easily be transgressed if one is not learned or does not ask a moreh horaah.

Harav Baruch Mordechai Ezrachi praised Rav Vind’s dedication to the cause of raising awareness of the potential transgressions in matters of ribbis.

Harav Yitzchak David Alter praised the newly appointed Rabbanim for their hasmadah and dedication in learning these complex laws.

Harav Yitzchak Ratzabi was mechadesh dinim in his speech, and added that he feels “the jealousy of sofrim” toward these newly appointed Rabbanim.

Finally, Rav Vind gave instructions to the Rabbanim he had tested and issued permission of horaah, once again reminding them of the weighty responsibility that now lies on their shoulders. He also spoke of his long-held goal that the laws of ribbis be taught in every yeshivah and seminary, so that all realize their applicability and severity.

Afterward, a panel discussion was held in which the newly appointed Rabbanim themselves received questions on ribbis that they answered.